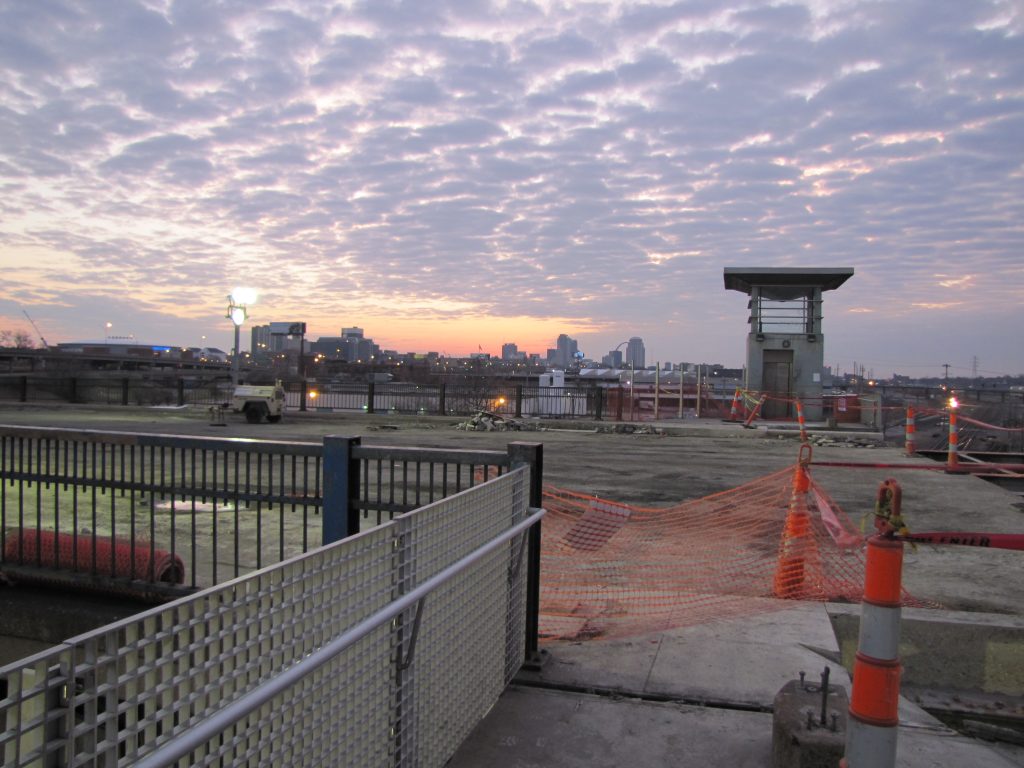 Despite some rain on Saturday night, the first weekend of the demolition of the Grand Bridge and Grand MetroLink Station elevator towers resulted in plenty of destruction. Both elevator towers are gone, and much of the Grand Avenue road deck on the bridge has been removed. Crews worked around the clock this past weekend given their short window, while MetroBus shuttles moved passengers between Central West End and Civic Center MetroLink Stations. See the below slideshow for all the weekend’s action. 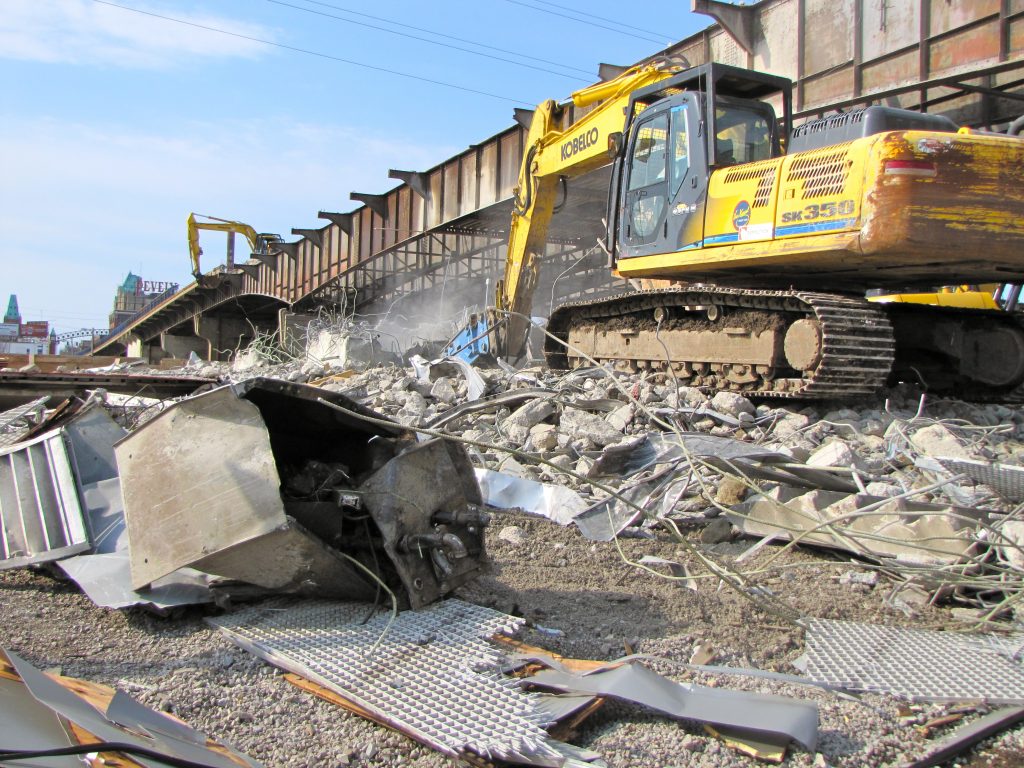 Here are some updates to the Grand MetroLink Station and Scott Transit Plaza project: