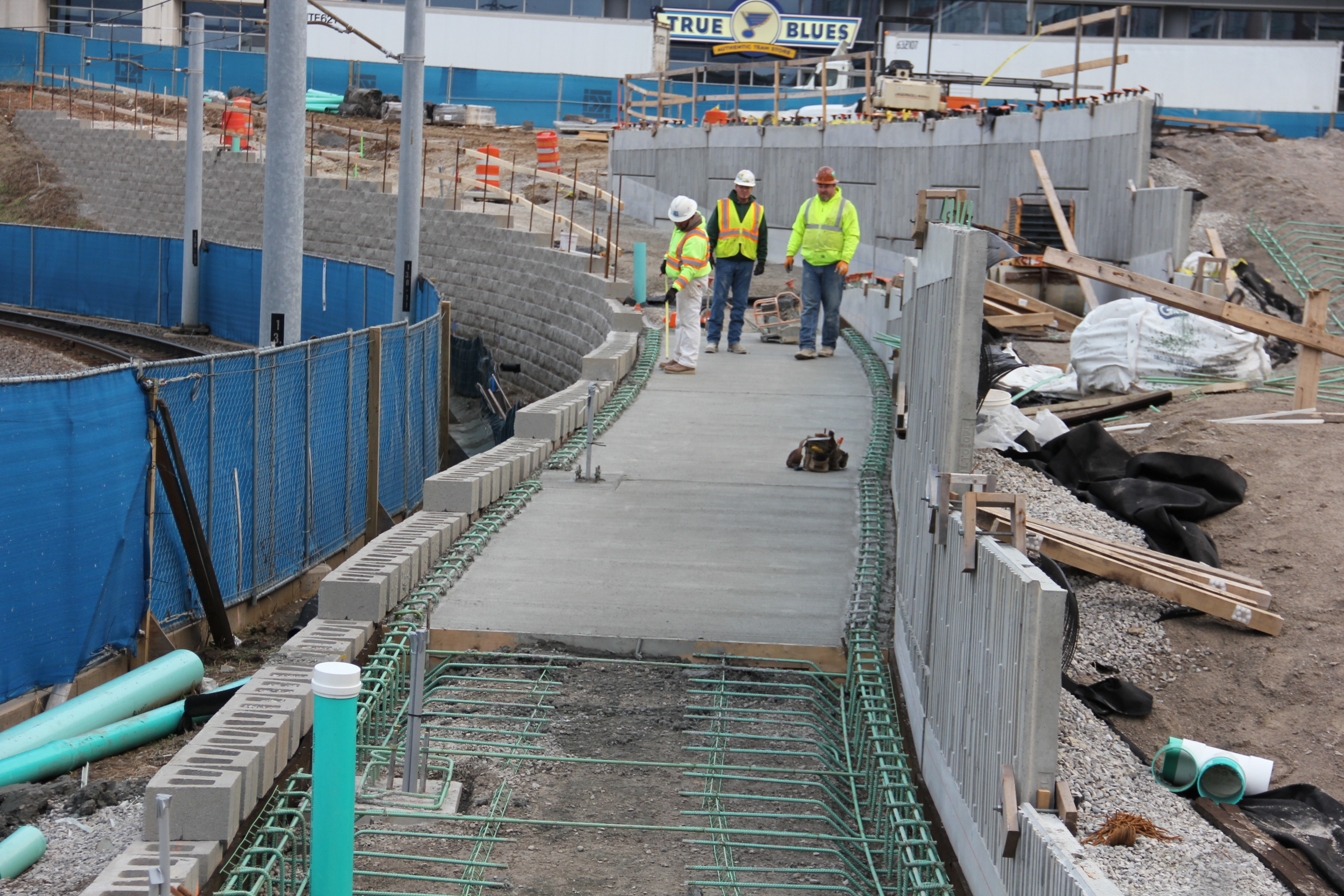 Metro will soon change how you access the platform at the Civic Center MetroLink Station.

The north pathway between the station and Clark Avenue will reopen on Saturday, March 4, and the station’s current entrance at the corner of 14th and Spruce Streets will be closed for the next several months. The north entrance to the Civic Center Station was shut down last spring to accommodate the first phase of construction on the Civic Center Transit Center Expansion project.

The Civic Center Transit Center Expansion project will enhance Metro’s busiest transit hub in downtown St. Louis to better accommodate buses serving the transit center and to provide new customer amenities. When completed, the expanded transit center will accommodate 40-foot buses and 60-foot articulated buses. It is designed to accommodate electric buses in the future and to serve as a terminal for bus-rapid transit service.

Construction began in April 2016, and is expected to be completed this fall.