August 30 Restoration Service Changes: A Day of Learning for Many 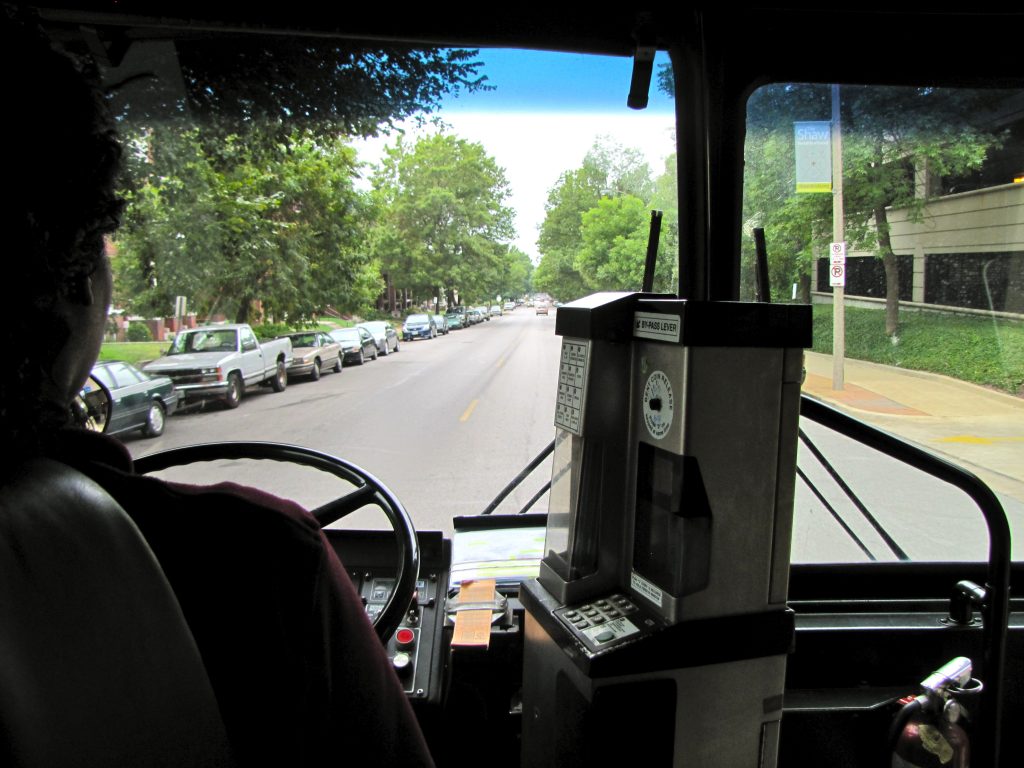 Monday morning, August 30, was overcast and unseasonably cool after weeks of humid and overbearing weather in St. Louis.  With yellow school buses winding in and out of neighborhoods and slanted, orange-tinted sunlight becoming more of the evening norm, it’s impossible not to notice the seasonal changes going on around us.

And for thousands of St. Louis transit riders and employees, Monday was a day of special transition — the launch of the second  phase of the Restoration 2010 service changes.  More than 50 bus routes experienced direct changes, but the entire system experienced waves of adjustment.  New routes wound through neighborhoods, some routes extended farther into the region, and some routes split into two or changed timetables.  Regardless of the precise details, if you take MetroBus, Monday was a day of new experiences and learning. 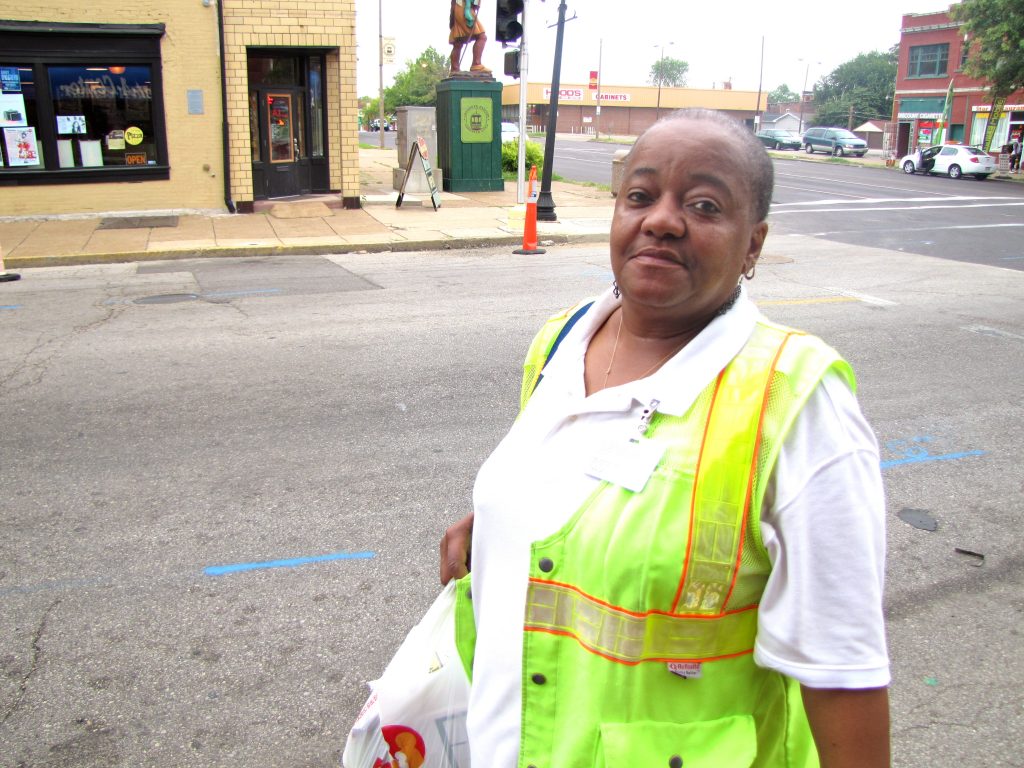 By 9 a.m., Doris Anthony had already put in several hours of work at a local school and was waiting for the #73 Carondelet southbound at the corner of Cherokee and Jefferson.  As she joined several other passengers waiting to catch the #73 on its new route, she said she was glad that it now travelled down Cherokee to Gravois and Grand.  Once on the bus, conversation shifted toward the service changes, with most riders agreeing that they liked the changes to the #73.  A young man, Josh, nodded in agreement, but added quietly that he didn’t like the changes to the #40 Broadway through south St. Louis. 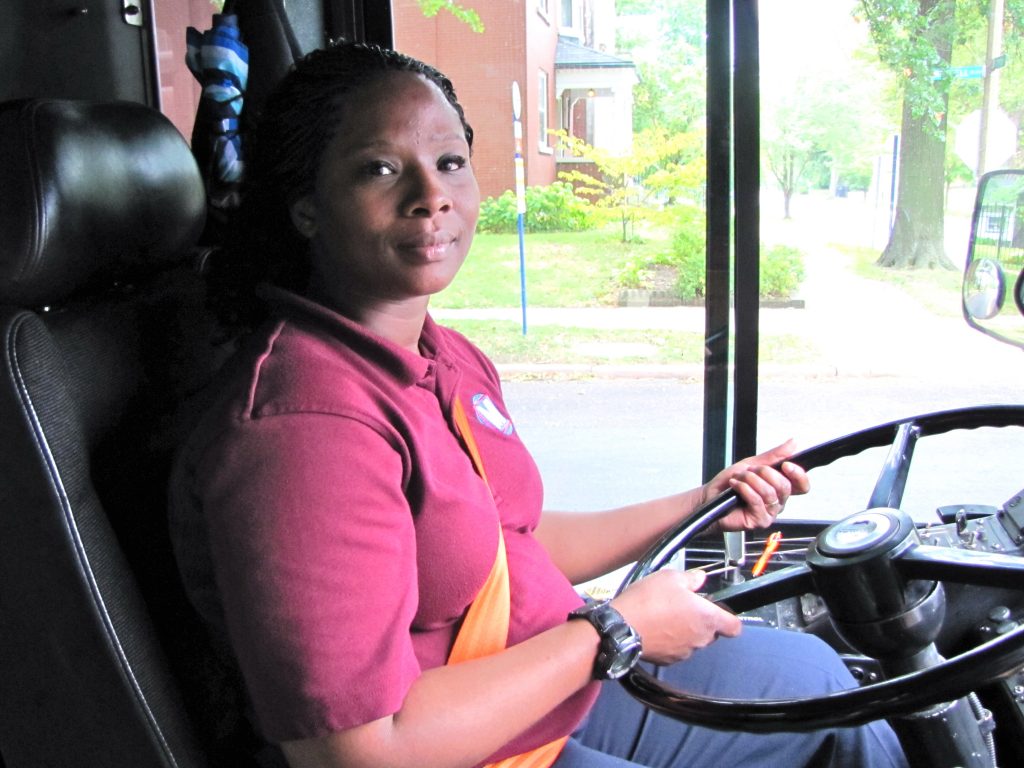 On the #8 Bates-Morganford — a new route that serves Soulard, Tower Grove, Shaw, and Morganford — MetroBus Operator Sharifa Freeman was busy helping riders navigate the service changes and chatting as they asked questions and made comments. She said that all three of the routes she drives had changed, and that she was getting used to new riders and neighborhoods.  One young man in a bright blue T-shirt asked how to get to St. Louis Community College in Forest Park and, after conferring with her and other riders, rang the bell to be let out at the transfer point for the new #14 Botanical Gardens.

The air was still cool and breezy, the sort of almost-fall weather uncommon but certainly welcome at 11 a.m. on a St. Louis August day.  The young man in the blue T-shirt adjusted his backpack and settled near a tree at a bus stop on Shaw Avenue.  After a few minutes, another young man joined him, and then another.  At 11:07 a.m., a #14 Botanical Garden northbound bus rounded the corner near the Missouri Botanical Gardens, and yet another college-aged student appeared at the stop.  Three of them carried book bags and all four clutched cell phones as they settled into the bus. 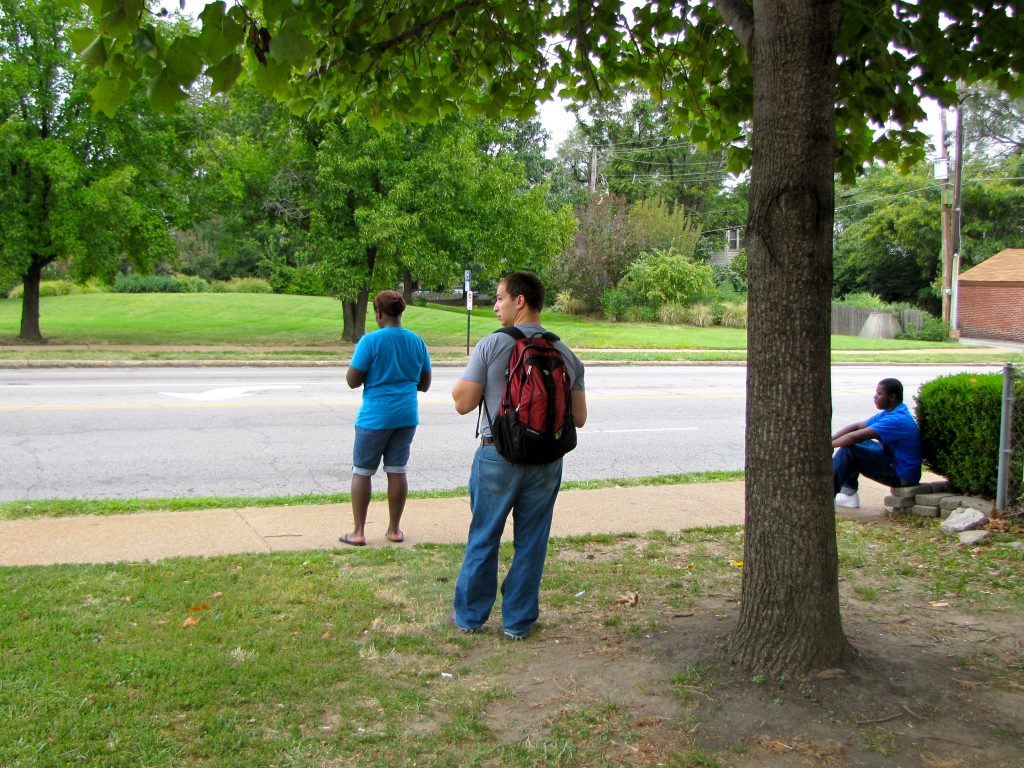 The young college student in the blue T-shirt talked earnestly with the driver about transfer options.  They settled on the #32 M.L.King-Chouteau, which runs west down Manchester towards Macklind.  The other passengers on the bus were quiet. One of the young men texted on his phone while another hugged his backpack on his lap and gazed out of the window.  The young passengers seemed unfazed by the route changes while the driver chatted comfortably about the day’s new experiences.

At Manchester, the young man got off to transfer to the #32.  A breeze of cool air entered the bus as the doors closed.  At the Central West End, the rest of the young men walked quietly toweard the bus exit doors.  The silence finally broke as one of the students answered his cell phone and said while stepping out of the door, “Hey.  Yeah, just on my way to school.”

5 thoughts on “August 30 Restoration Service Changes: A Day of Learning for Many”