Did you know that Metro is carrying on a Bus Stop Enhancement program? Last year, 65 bus stops – mainly in St. Louis County – were upgraded to ADA compliance, thanks to a Freedom Grant  that Metro received from the FTA for this very purpose. This year, 115 additional stops have been flagged for upgrades. 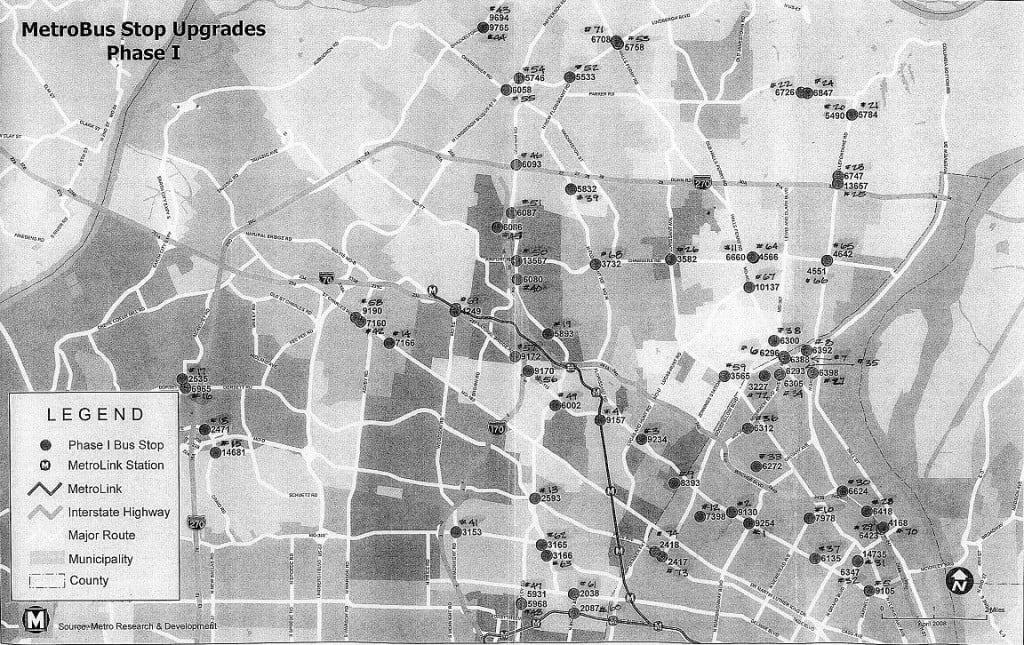 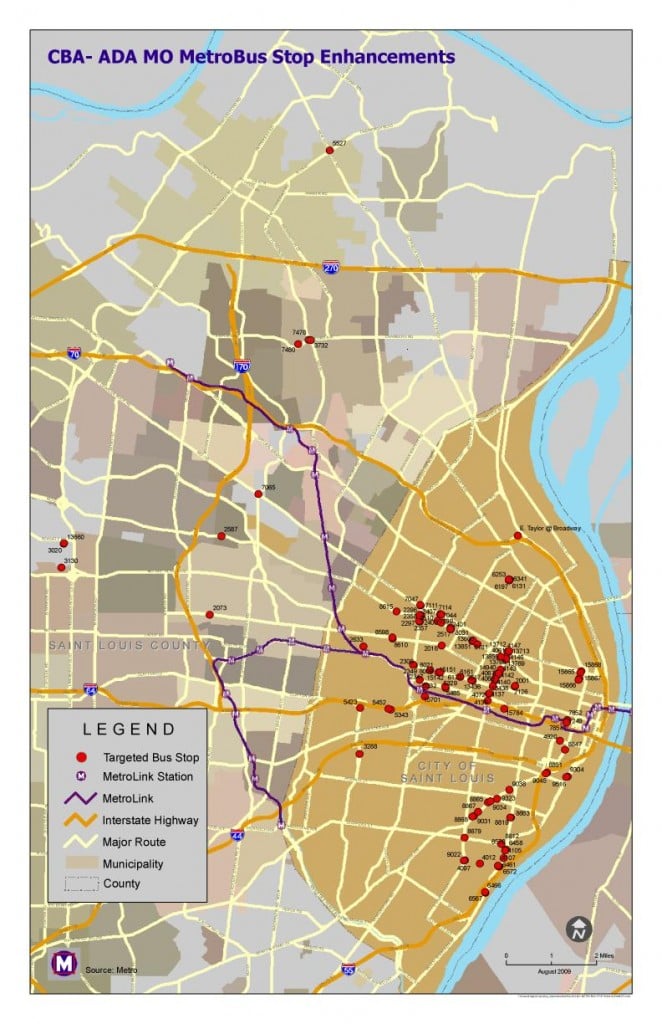 A little background: The Americans With Disabilities Act was enacted in 1990 to provide protection against discrimination for individuals with disabilities. Part of that mission includes ensuring that public facilities, like courthouses and bus stops, are accessible to all. It’s particularly important for transit to be accessible, because people who are dependent on transit due to disability absolutely must be able to access our facilities! Our old bus stops were “grandfathered in” but any new stops we build have to be ADA-compliant. What to do about those old stops, though? We want to upgrade these stops to make our system as accessible as possible, even though the law says we don’t have to. That’s where the Freedom Grant comes in – it supplies the funds necessary to bring the old stops into compliance and provide much-needed mobility to our transit-dependent customers. I recently sat down with Dave Sander in Metro’s Engineering Department and with Lance Peterson and Linda Baker in Metro’s Planning Department to discuss Metro’s Bus Stop Enhancement program. Here’s what I learned:

“Enhancements” are different depending on the location of each stop, but include:

and even in some cases fixing sidewalks that were, as the planners put it, in “deplorable” condition – even if those sidewalks don’t technically belong to Metro. In some cases, fixing the sidewalks was the only way to get the slope down to ADA compliance. The planners then share that information with St. Louis County, the City, and the municipal streets departments to alert them when sidewalk conditions are bad. At the same time, Metro is using the information gained from this project to evaluate each bus route, stop by stop, to eliminate unnecessary stops and improve operating speeds and efficiency. And the planners are adding a unique stop number to each stop, so if customers have a question about schedules or routes, they can give their stop number to Customer Service when they call. The contractor is getting permits and, weather permitting, construction can start any time.

Do you have any bus stops to nominate for this program? If you do, let us know here at the blog and we’ll check with Planning to see whether your stop is on the list.

12 thoughts on “Bus stop upgrades: Concrete can change your life”