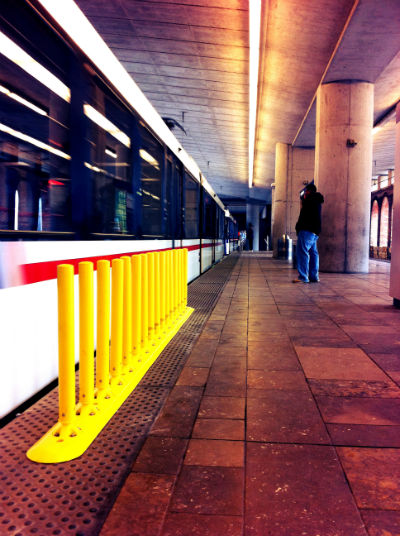 Two projects on the MetroLink alignment this week will create short delays for some customers. Here’s a summary of what you need to know to travel on MetroLink this week.

Monday – Friday, March 26-30, from 9 a.m. until 2:30 p.m.
MetroLink will operate on a single track between the East Riverfront and the Arch-Laclede’s Landing stations. Blue and Red Line passengers should expect five minute delays.

Tuesday – Friday, March 27-30, beginning at 8 p.m. until the end of service
MetroLink will conduct rail grinding on the tracks between the Union Station and the Central West End stations. To accommodate the crews, MetroLink will operate on a single track between those two stations. During the single track operations, Blue Line trains will only operate from the Forest Park MetroLink Station to the Shrewsbury MetroLink Station.

Blue Line passengers should allow an extra 10 minutes for their commutes. Red Line passengers will experience 5 to 10 minute delays. Starting at 7:21 p.m. Tuesday through Friday, westbound Red Line departure times from the Shiloh-Scott MetroLink Station will be delayed by five minutes. So the 7:21 p.m. will now leave at 7:26 p.m.

Saturday and Sunday, March 31 and April 1, beginning at 4 p.m. until the end of service
MetroLink will conduct rail grinding on the tracks between the Central West End and the Forest Park stations. To accommodate this work, MetroLink will single track at the Central West End station. During the single track operations, Red Line and Blue Line customers can expect five minute delays Saturday and Sunday.