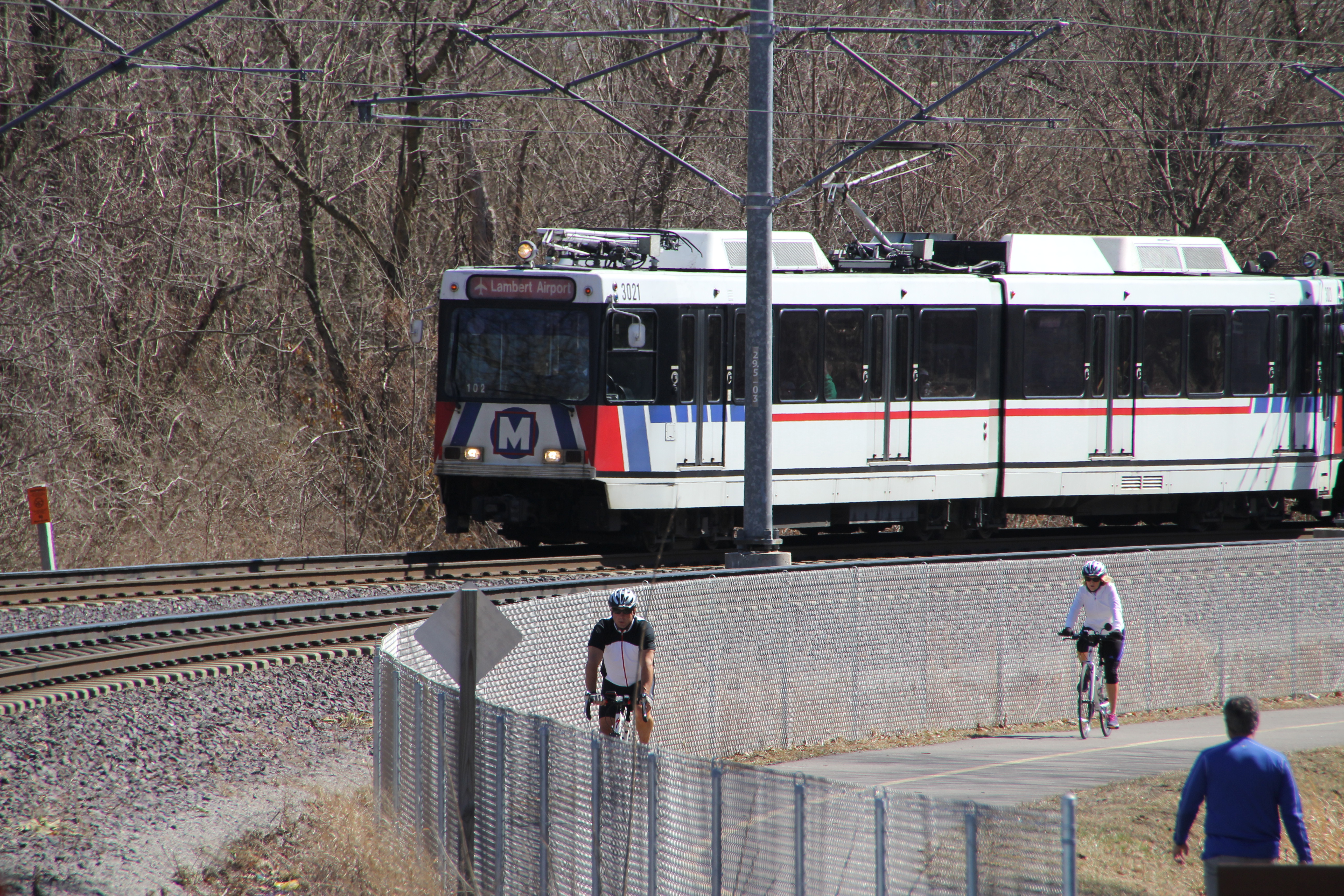 Join us at the finish line this Thursday, May 12 as Citizens for Modern Transit (CMT) hosts its fifth-annual Great Race competition.

This year, race participants will use a combination of different modes of transportation (biking, carshare, walking and transit) to “link the last mile” of their commutes. This 2016 Great Race will place Team East against Team West like years before.

Several Metro employees (myself included) are participating in the transit leg of the race. Local celebrities will participate as well, including: Tony Patrico, co-host of “The Rizzuto Show” on 105.7 The Point; Angela Hutti, KTVI Fox 2 meteorologist; Matt Chambers, KMOV Channel 4 meteorologist and host of “Great Day St. Louis”; Guy Phillips, host of the “Phillips & Company Morning Show” on Y98; Chris King, editor of the St. Louis American, and many more media celebrities and representatives from Citizens for Modern Transit and Great Rivers Greenway.

Be sure to stick around after the race to participate in several fun activities. CMT will host a pop-up Metro Market starting at 5 p.m. that will feature food and retail trucks including Rack + Clutch, Destination Desserts and Taco STL; a bicycle tune-up station courtesy of Big Shark Bicycle Company, live music and informational booths from local community organizations.

There will also be a special panel discussion from 6:30 p.m. to 7:30 p.m. as part of Venture Café, a weekly gathering that helps innovators and entrepreneurs meet up and collaborate. The panel will feature representatives from Metro transit, the Equal Housing Opportunity Council and other stakeholders from the region.

Metro will also host a bus painting event in the Cortex Commons. People of all ages are invited to add some pizzazz and a burst color to the MetroBus fleet by helping paint two specially designed murals on a 35-foot MetroBus.

You can support Team West or Team East on Thursday by rallying behind social media using the hashtag #cmtgreatrace on Twitter, or by joining everyone at the finish line. We hope to see you at the event.