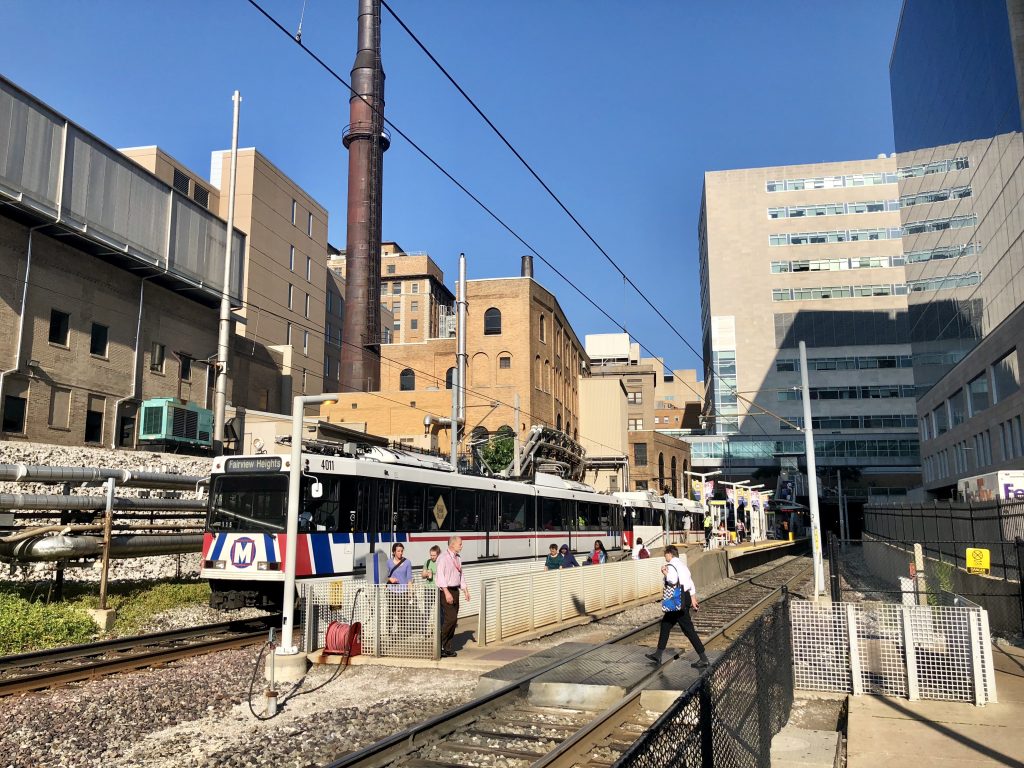 Construction will soon be underway on the extension of the platform at the Central West End MetroLink Station.

The platform will remain open during the project, which is expected to take about six months to complete, but temporary closures may be necessary at times during construction. Advance notice will be provided for Metro riders if temporary closures are required.

The walkway which connects the MetroLink platform at the Central West End Transit Center to the MetroBus area in the parking garage adjacent to the station will be closed starting August 20 for the duration of the construction project.

Metro riders who transfer between MetroLink and MetroBus at the Central West End Station will now access the MetroBus area in the parking garage from Children’s Place and will access the MetroLink platform via Euclid Avenue. Metro Shuttles will transport riders who need assistance traveling between Euclid Avenue and the MetroBus area at Children’s Place and Taylor Avenue. Metro riders transferring between MetroBus and MetroLink at the Central West End Station should allow an extra 10 minutes for their commutes. 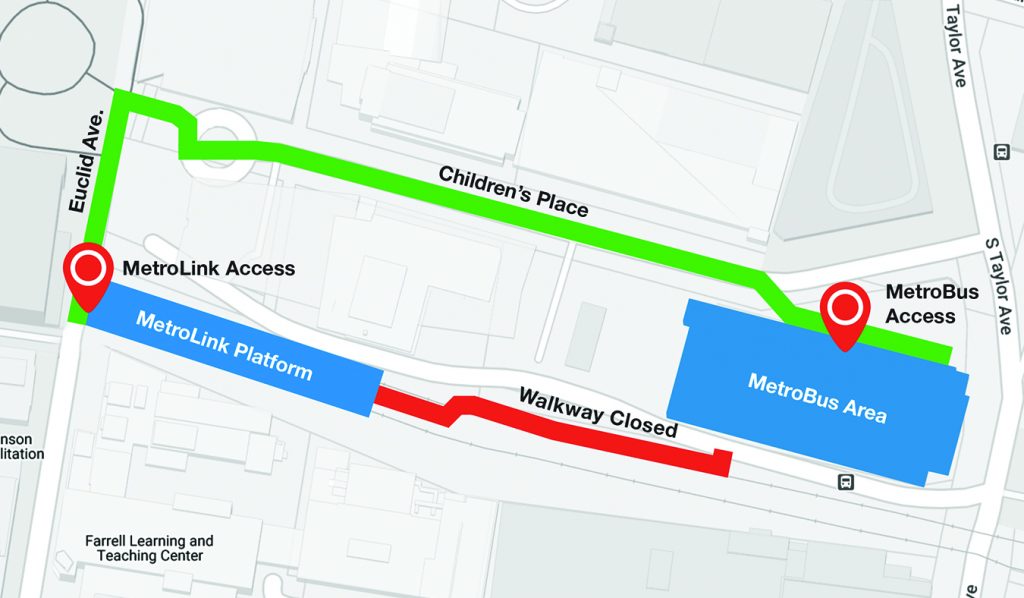 The platform extension at the Central West End MetroLink Station is the third phase of the $15.4 million project which included the building of the new Cortex Station and the first quarter-mile portion of the Chouteau Greenway. Both of those projects were completed and opened to the public on July 31. All three phases of the project are being funded through a public-private partnership which included a federal grant of $10.3 million from the Federal Transit Administration.

The Central West End MetroLink Station is the busiest station on the 46-mile MetroLink system. The platform is being extended to the east to better accommodate the volume of riders using the station.