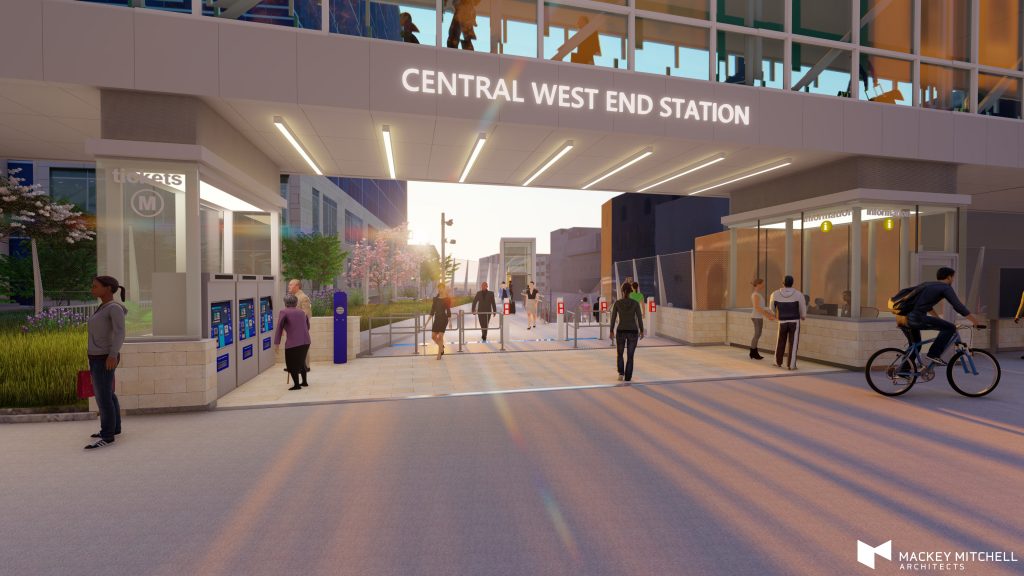 The Central West End MetroLink Station is being transformed, thanks to funding from Washington University School of Medicine and BJC HealthCare, and in partnership with Metro Transit. As one of our busiest stations, thousands of passengers will benefit from the safer, more convenient and more comfortable transit experience the upgrades will provide. 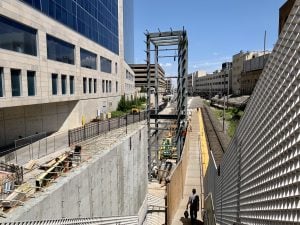 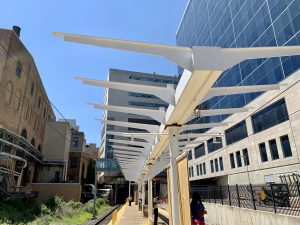 The expansion of Euclid Plaza, a new entrance area on the west end of the Central West End Station, will be poured and constructed in the next phase of the project. Stay tuned to see continued progress on the redesign project.

The Central West End Station is one of five stations on the MetroLink system included in the MetroLink Access Project, which was launched to improve rider safety by better controlling access to MetroLink platforms. The station redesign allows us to reinforce these efforts and create a more secure transit environment for our riders.

The $7.5 million enhancements are being implemented to relieve congestion at the station and improve safety and visibility. The project is scheduled to be completed by the end of 2020.