Did you know the south leg of the Arch is the location of St. Louis’ first home, that of Pierre Laclede? Or that St. Louis is home to what many consider the first skyscraper? Or that the Old Post Office is built in the same style of the Louvre in Paris? 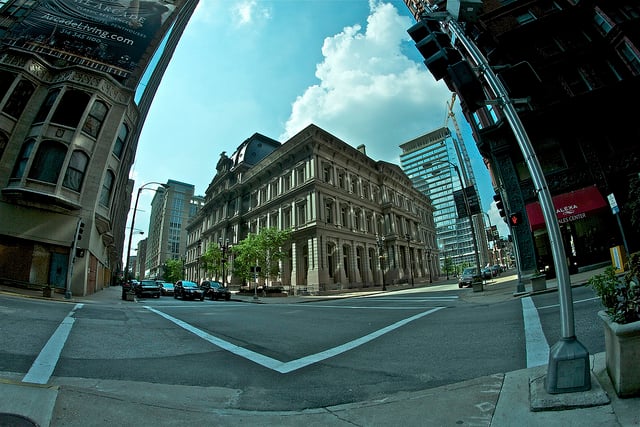 The Core of Discovery is a district of downtown and Mississippi Riverfront attractions, history and activities from N. 18th Street south to the Gateway Arch Ground and the Riverfront supported by the National Parks Service and the Jefferson National Parks Association.  The Core reflects the history of St. Louis’ environmental and cultural confluence:

St. Louis was founded by traders moving north and south on the river, by explorers and frontier families from the eastern states pushing restlessly west. It is a place that is neither northern nor southern, neither eastern nor western, but the one place that combines traits of all. It has been influenced by descendants of European colonists, by thousands of years of rich Native American culture which predated it and surrounded it, and by standing on the shadow line between the slave states and the free states. It has been both a destination and a gateway to other lands.

The Core of Discovery is designed to be a destination district: Instead of thinking of a loosely-affiliated group of activities to do Downtown and the Riverfront, the Core is bond together through common geographic and historical ties and geared towards active learning and experience. You can rent bikes and cruise up and down the Riverfront, visit the site of the Dred Scott decision at the Old Courthouse, take a Riverboat cruise along the Mississippi River, or sit along the fountains in City Garden. You can even take an architectural tour of downtown St. Louis and the Riverfront: 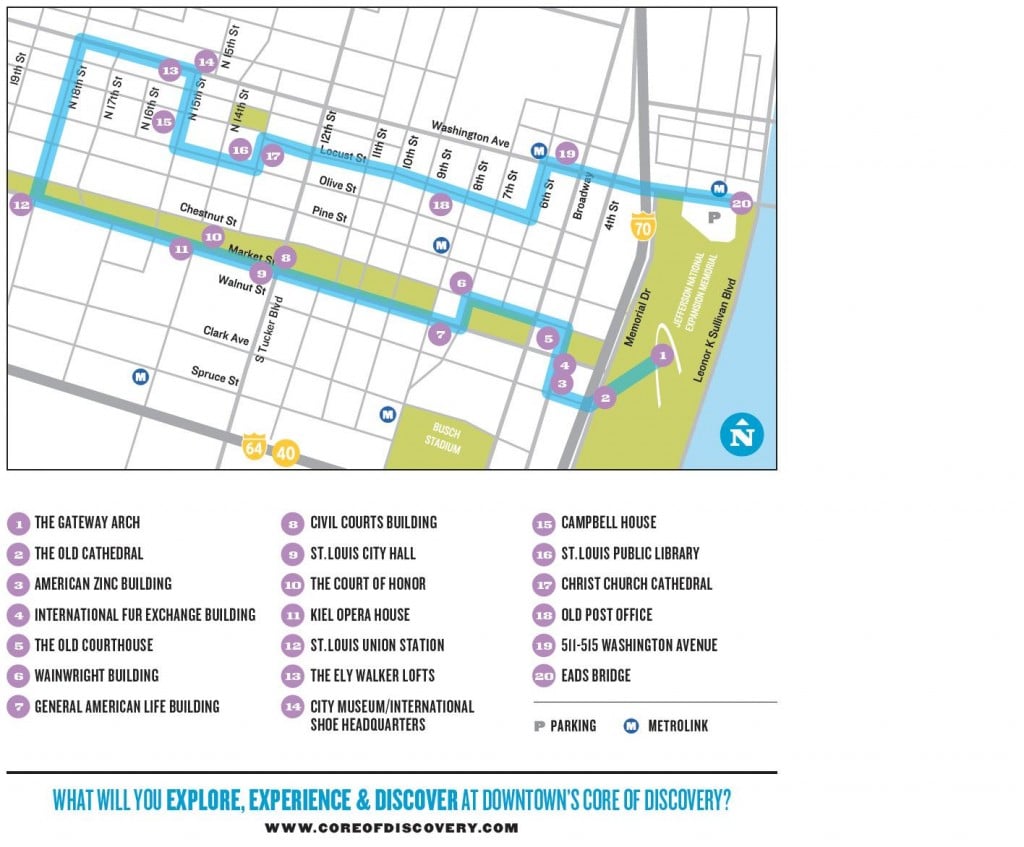 In addition to the Architectural Tour they are planning additional tours to help us explore the area. Instead of promoting individual attractions, the Core of Discovery highlights an area of interest that provides many options for exploring St. Louis within a pedestrian corridor accessible by foot, transit, or bike. And interwoven in the Core are restaurants, local retail businesses, and hotels.

And right now, this is the time to celebrate the Riverfront, Arch and the heritage of downtown St. Louis. As local place blog Dotage St. Louis points out, “With the ongoing City Arch River 2015 design competition, it’s great to see the National Park Service express its dedication towards connecting the Arch to downtown in the meantime.” This corridor is the birthplace of our St. Louis heritage: the City belongs with the Arch and the River.

Hopefully we will see more attraction districts in St. Louis celebrated around their common history and location in the region. The Core of Discovery, however, is really where it all began.

2 thoughts on “Core of Discovery: St. Louis’ First Corridor is Worth Exploring Again”