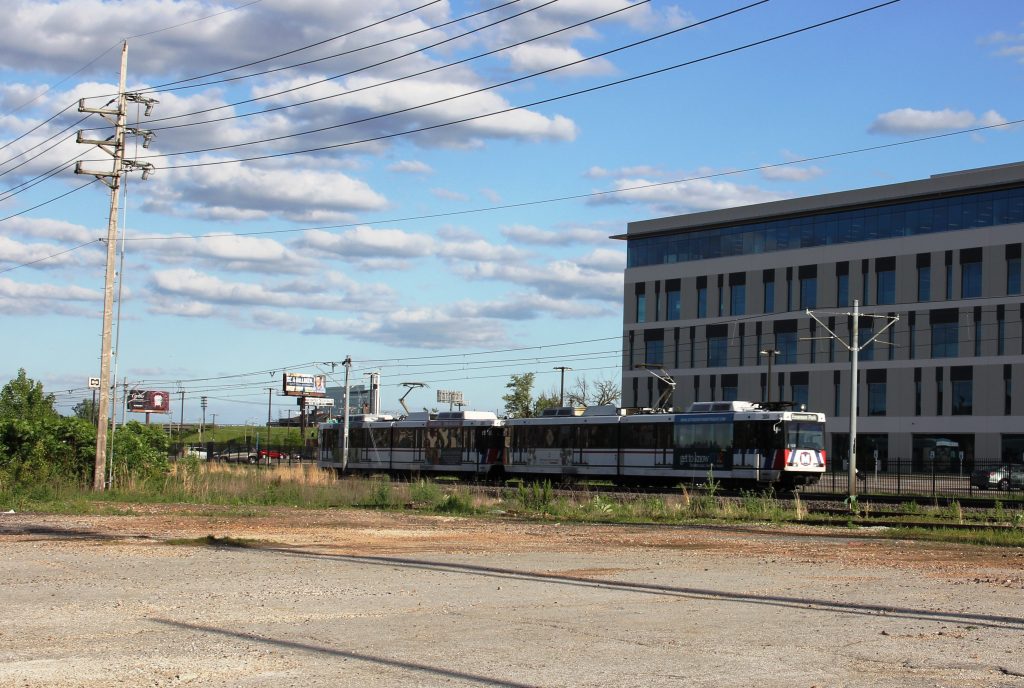 A design team has been selected for a new MetroLink station, which will be built near the Cortex Innovation Community in St. Louis.

The design group is being managed by the HNTB Corporation and includes KAI, Access Engineering, Glasper Professional Services, TSi Geotechnical and Kivindyo Engineering Services. The design phase for the new station, which will be located on the MetroLink system between Boyle Avenue and Sarah Street, is expected to take 10 to 12 months.

The project will include the construction of the new MetroLink station, an addition to the Great Rivers Greenway bike path, and an extension of the platform at the Central West End MetroLink Station.

Construction on the new station, located between Boyle and Sarah Streets, is anticipated to begin next summer and be completed in 2018. When finished, the new station will support transit alternatives for an estimated 13,000 permanent jobs projected to be created in the central St. Louis corridor.

The MetroLink station project is being funded largely by a $10.3 million TIGER grant from the U.S. Department of Transportation. The project was one of 72 transportation projects selected by the U.S. Department of Transportation’s 2014 TIGER Program from a pool of almost 800 eligible applications from across the nation. The remainder of the project cost is being supported by a public-private partnership that includes BJC Healthcare, the Cortex Innovation Community, Great Rivers Greenway, Washington University and the St. Louis Development Corporation.

6 thoughts on “Design Work Gets Underway on New MetroLink Station”