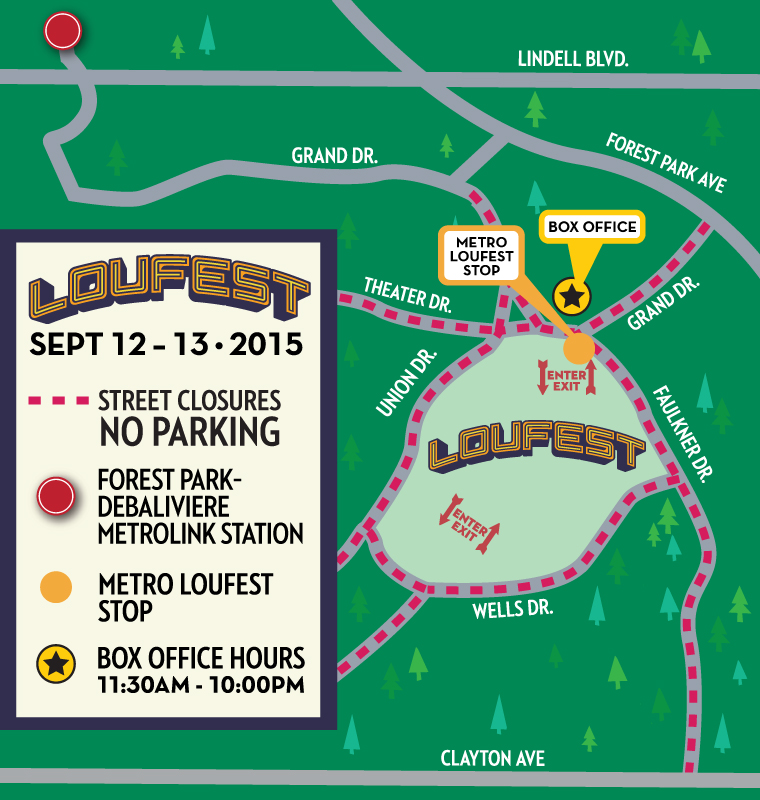 It’s almost the weekend, and for music fans that can only mean one thing – LouFest is ready to kick off its two-day music festival in Forest Park.

Concert-goers can park at any one of 21 free Metro Park-Ride lots in Missouri and Illinois and ride MetroLink to the Forest Park-DeBaliviere MetroLink Station to connect with the LouFest Shuttles, or ride the #1 Gold or #90 Hampton MetroBus routes to reach the station.

The shuttles will operate every 10 minutes from noon to 8 p.m. on Saturday, Sept. 12, and on Sunday, Sept. 13, and will operate as frequently as needed after 8 p.m. as concert-goers head home from LouFest both nights. The LouFest Shuttle is free for passengers who show their LouFest ticket, and will cost $2 for riders who do not have a LouFest ticket. The LouFest shuttle pass is not valid for regular MetroBus or MetroLink service.

1 thought on “Don’t Forget: Take Metro to LouFest This Weekend”