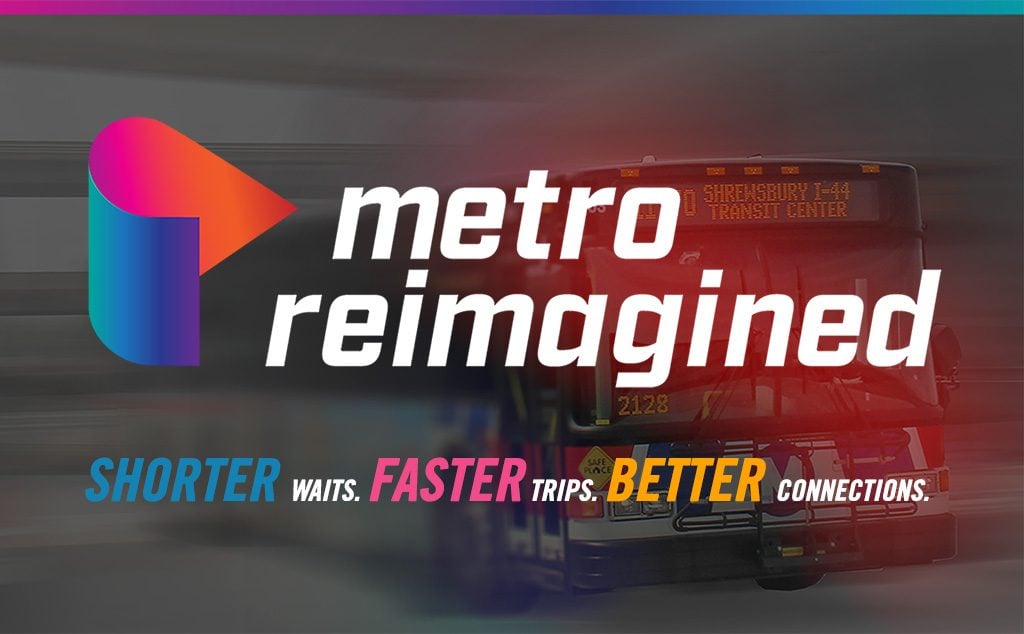 Metro Transit has unveiled an updated draft plan for Metro Reimagined, and we know it’s a popular topic for you. To help address any questions you have, we’ve put together a list of the most common questions we’ve heard.

Q: Remind me what Metro Reimagined is again?

A: Metro Reimagined is an in-depth study of the Metro Transit system. Using research along with feedback from you, we’ve perfected a draft of a new transit service plan that’s designed to provide new and existing customers with faster service, shorter wait times, and more reliable connections.

Q: Why do we need to change the system?

A: We need to adapt so we can provide you with services that meet your travel needs. In recent years, MetroBus ridership has been on the decline for the past several years, as is the case for most transit agencies across the country. While there are always a variety of factors that can impact this number, one thing is clear: the Metro Transit system, as it is today, could work better for the St. Louis region.

Q: What are the highlights of Metro Reimagined?

A: The draft plan will increase frequency to the 13 most-popular MetroBus routes (these routes accommodate more than half of today’s MetroBus ridership in Missouri) so that they would arrive at bus stops every 15 minutes or better. Most other MetroBus routes would be upgraded to 30-minute frequency. The draft plan also provides faster, more direct trips and new transit technology options.

In addition, for the areas in the region where a 40-foot bus isn’t the best way to move riders, we are looking at new options to provide better service – options like smaller vehicles, shuttles or on-demand services.

Q: What were the results of the first draft plan?

A: The results from the first draft plan of Metro Reimagined were extremely helpful. We received over 1,200 public responses to the online and print surveys and received over 1,000 comments on the plan. With this feedback, we revised the plan to address concerns about gaps in service.

Q: How much will this plan cost?

A: The enhancements from Metro Reimagined will be supported using Metro Transit’s existing operating budget.

Q: This plan means I may have to transfer more often. Is this true?

A: Yes, you may have to transfer; however, your overall travel time should be reduced. In order to provide faster trips, better connections and add additional frequencies, it won’t be feasible to operate buses on every street. Instead, the new system is designed around simpler, straighter lines that are more useful.

Q: How would this plan impact weekend service?

A: The draft plan aims to run the same level of service on Saturday as it is on Sunday. This means routes that only served riders on Saturdays will now serve riders on Sundays too. Many riders will get weekend service for the first time.

Q: How does this plan address bus shelters and other bus amenities?

A: Metro Transit will continue to work with its partners and area businesses and municipalities to enhance the transit experience. Under the draft plan, Metro Transit will work with local jurisdictions to coordinate streetscape improvements and other needed customer amenities.

Q: What MetroBus routes will be cut under this plan?

A: Metro Transit will continue to serve all areas of the St. Louis region – but the system will look different under the proposed plan. We are working hard to minimize the impact of these changes, but you may need to make adjustments to your commute.

However, with these changes, you will have a faster, more reliable transit system with more frequent service than you enjoy today. And for the majority of riders, your current commute should take less time overall under the proposed plan than it does now.

A: The draft plan includes shorter wait times at bus stops, and coordinated connections between buses and trains. This means we can deliver you to destinations faster and safer. Metro has introduced new technology to help you feel safer and more secure while on the system. For example, riders can now text Metro Public Safety directly anytime for assistance.

A: Metro Reimagined is designed to be implemented in the short term. As a result, it focuses on how to make the most of existing resources and infrastructure. Furthermore, rail infrastructure is a separate conversation and ultimately rests with regional leadership and the East-West Council of Governments. While there are no direct improvements to MetroLink under Metro Reimagined, the plan will improve connections between MetroLink and MetroBus, creating a better transit experience for all riders.

Q: When will changes go into effect?

A: We’ll be accepting public comments until the end of the year, and then incorporate changes to finalize the plan. We anticipate rolling out service improvements and network changes in phases. While most of the planned changes will not occur until later in 2019, some shorter-term implementation activities could include: conducting demonstration projects of new service types, introducing new technology and customer amenities, as well as new vehicles to our fleet; beginning to make adjustments to some bus routes.

How do I provide feedback on the plan?

A: There are several ways you can share your thoughts and comments about the draft service plan.