This is an old post card of the Highway Bridge (AKA the Old St. Charles Bridge) Entrance in St. Charles in the early 1900s. We posted this in honor of this weekend’s triumphant return of the Festival of the Little Hills in old town St. Charles.

The combination highway and streetcar bridge opened in the spring of 1904 just in time for the world’s fair in St. Louis. The streetcar station pictured here at the western terminus of the bridge still stands at 2nd and Adams!

It was operated as toll by the St. Charles and St. Louis County Bridge Company until 1931. At that time it was incorporated in the state highway system as part of U.S. Route 40. Tolls and trolleys ceased in 1932. 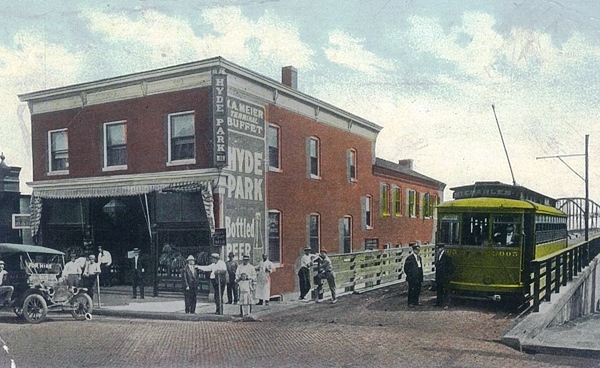