The answer for today’s photo is:

This photo was taken from the East Riverfront MetroLink Station, the first stop as you head east into Illinois. This train still has the original paint scheme. Looking west, you can see that this was before the road deck to the Eads Bridge had been rebuilt. Construction of the new road deck began in 2001, and the Eads Bridge reopened to vehicle traffic on July 4, 2003 – so if you guessed East Riverfront and any year before 2001 or so, congratulations! 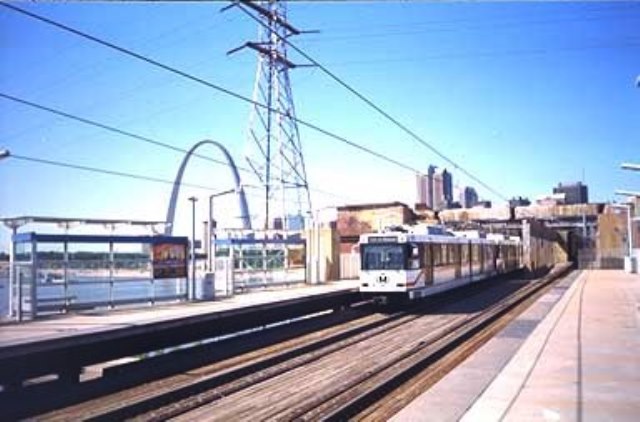