The Southtown Famous-Barr store at Kingshighway and Chippewa opened in August 1951, two months after the Southampton streetcar line closed. Abandoned tracks are in the left foreground, together buses seen here on September 15, 1951.

Frequencies on the Kingshighway and Chippewa bus lines were increased with the store’s opening, both lines giving direct-to-the-door service.

Photo courtesy of the Museum of Transportation. 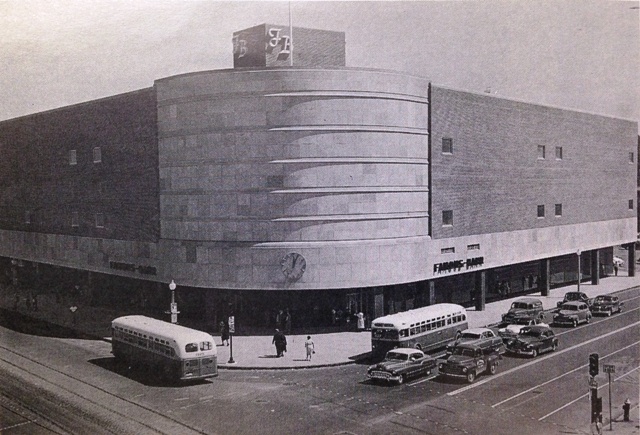