Were you able to come up with the right answer? Here’s it is.

The photo below shows a MetroLink train painted in the old paint sceme (we updated the train’s look around 2000) at the Civic Center MetroLink Station in 1995. A few fun facts to narrow down the time frame for you:

Have a great weekend St. Louis! 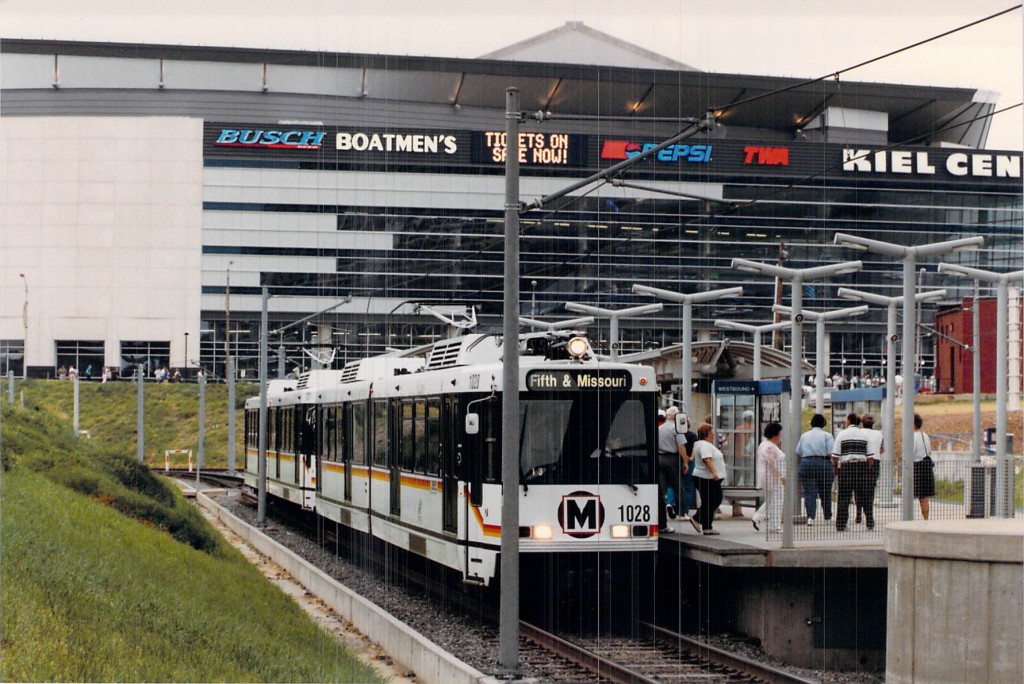