Were you able to figure it out?

The photo shows the MetroLink bridge over Forest Park Parkway between the Clayton and Richmond Heights MetroLink Stations on August 30, 2004. The construction was part of the Cross County MetroLink Extension. This extension, which officially opened in 2006, expanded MetroLink service into mid-St. Louis County from Forest Park, serving nine new stations. 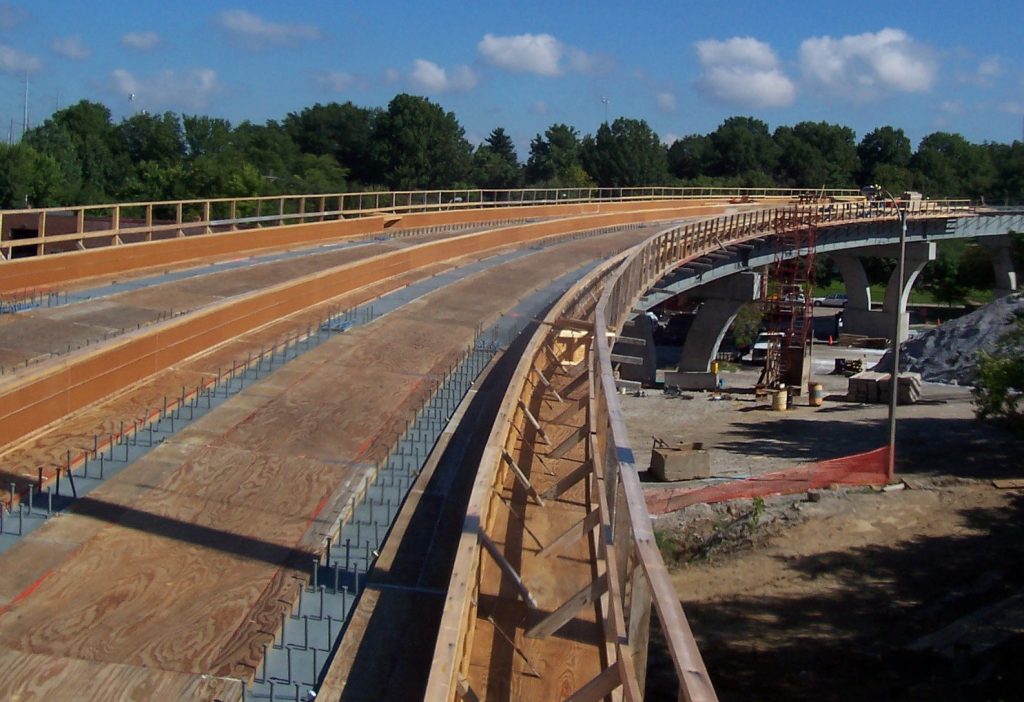