This early-1960s promo shot of Forest Park’s “Park Loop Bus” was taken at Kingshighway and Lindell. The buildings across the street are the Chase Hotel and Park Plaza.

One of the upright mammals boarding the bus is Mr. Moke, The World’s Only Talking Chimpanzee, with his trainer Mike Kostial of the St. Louis Zoo.

Don’t forget to take advantage of the LouFest Trolley Saturday and Sunday to reach the fest in Forest Park. Click here for all of the details.

Have a rockin’ weekend! 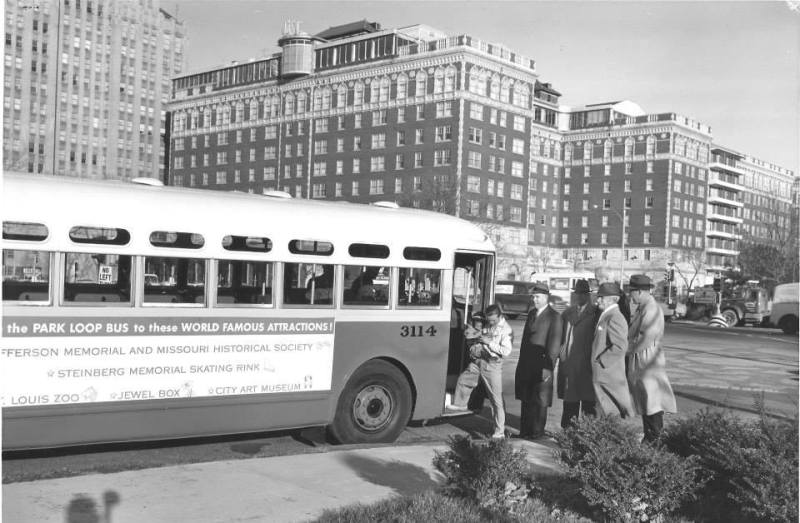