Were you able to guess the location and year of today’s photo?

Fun facts: The 3,700 seat Missouri Theatre was built in 1921 by the Skouras Brothers during the silent film era. At the time, some movies were combined with live stage shows. The Fox Theatre seated 7,000 and featured one of the largest organs in the world, built by the Wurlitzer Company.

Photo courtesy of the Missouri History Museum. Click here to purchase this photo. 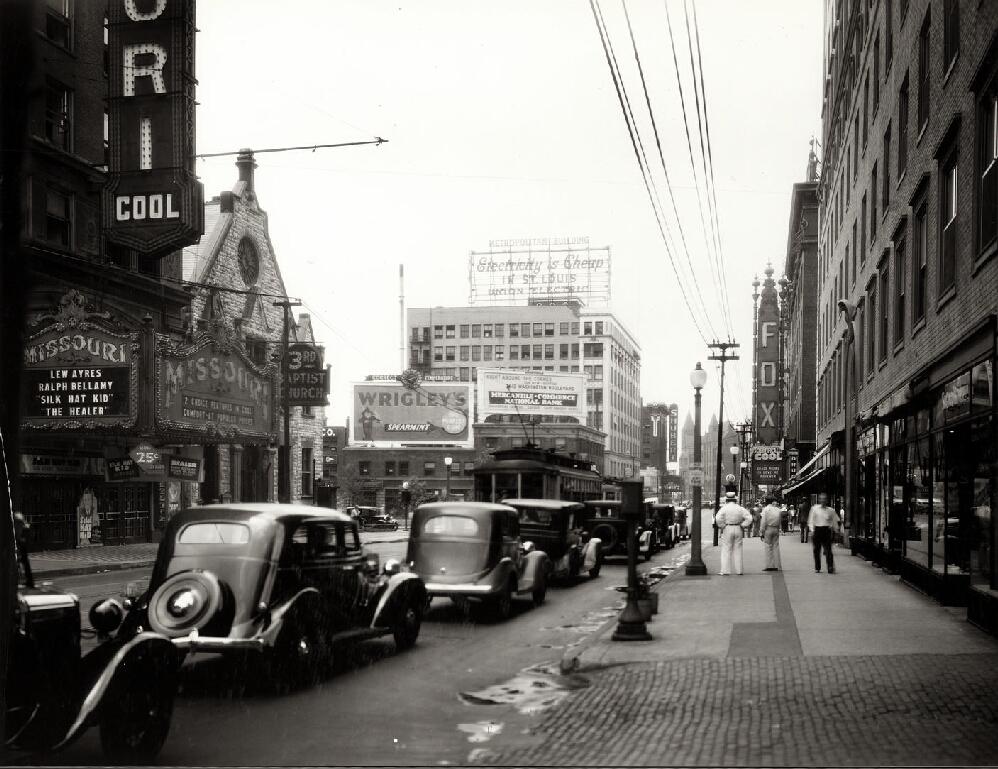