You are looking at a double-decker People’s Motor Bus Company bus at the Wabash Railroad Delmar Station, which, of course, still stands on Delmar Blvd. in St. Louis, right at the Delmar Loop MetroLink Station. The date is estimated to be the late-1920s or early-1930s.

The Wabash Station was constructed in 1928. Outbound Wabash trains for western destinations such as Omaha and Kansas City stopped here, but also so did trains heading to the east for places such as Chicago and Detroit. 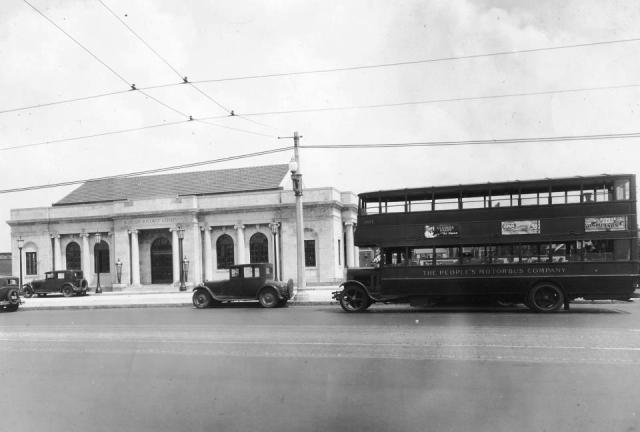