Flashback Friday: A Stop Along One Of Metro’s Busiest Routes 50+ Years Ago

This photo provided by the Missouri History Museum was taken almost 60 years ago on October 28, 1953.

The photo shows a bus stop at the northwest corner of Grand Avenue and Chippewa Street, looking south on Grand. 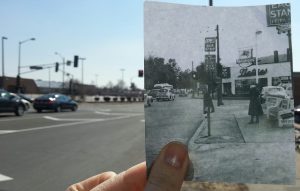 The photo was taken by Richard Moore. It shows a woman waiting at the bus stop. At the intersection you can see Netties Florist and a Mobil gas station. The former florist building is now an Internet and cell phone store.

The intersection is a busy one still for MetroBus. One of the most used routes, the #70 Grand stops right where the woman was waiting in 1953.

Here are some comparisons of Grand and Chippewa then and now. 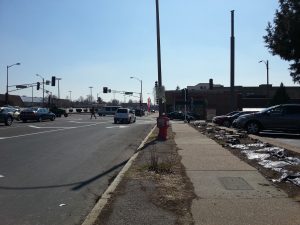 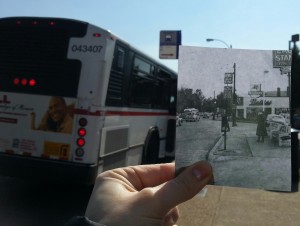 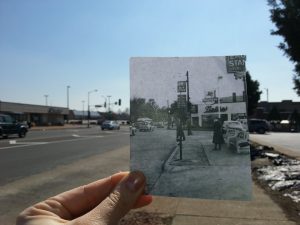 1 thought on “Flashback Friday: A Stop Along One Of Metro’s Busiest Routes 50+ Years Ago”