The 1930s brought a lot to the United States: The Empire State building opened, the first frozen food went on sale, Life magazine published its first issue, and in 1939, President Roosevelt became the first President to give a speech broadcasted on television. 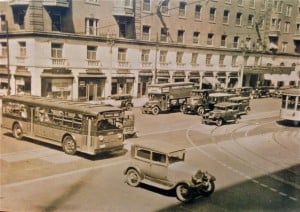 Back in St. Louis in the early 30’s, plans to build a riverfront memorial to honor Thomas Jefferson began. This memorial would later include the Gateway Arch. 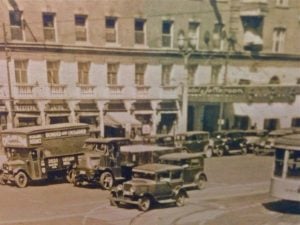 In the background of this photo you can see the Jefferson Hotel. According to the University of Missouri St. Louis’ Virtual City Project, during the 1930’s, the Jefferson Hotel was the site of many meetings held to develop plans on the Thomas Jefferson riverfront memorial.