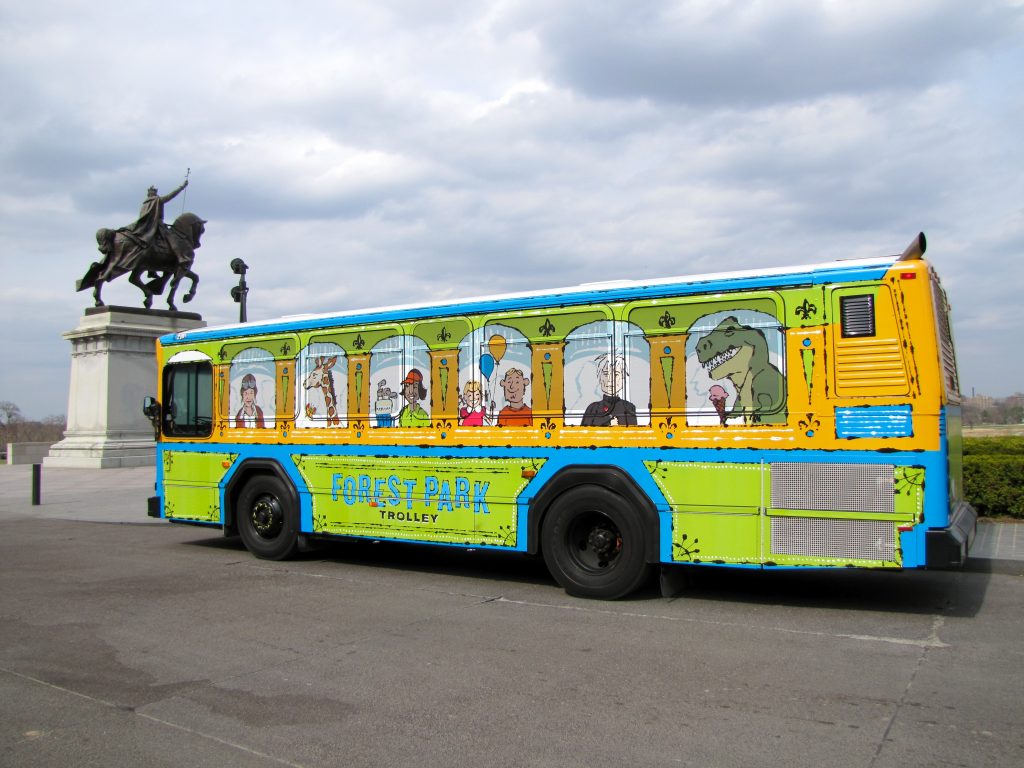 Forest Park Forever, Park attractions, the City of St. Louis, Metro, the St. Louis Convention & Visitors Commission (CVC) and the Missouri Department of Transportation (MoDOT) today announced a new traffic relief route and a Metro Forest Park Trolley service to help manage vehicle traffic in the park on busy days (and we all know how busy it can get!). The new traffic routing system and Metro Forest Park Trolley service will be implemented on April 1 and aims to alleviate the extreme congestion at the Hampton/I-64 exit and inside the park on warm days and during major Forest Park events. The Forest Park Trolley is a public-private partnership designed to help better control traffic flow and keep people moving throughout Forest Park. 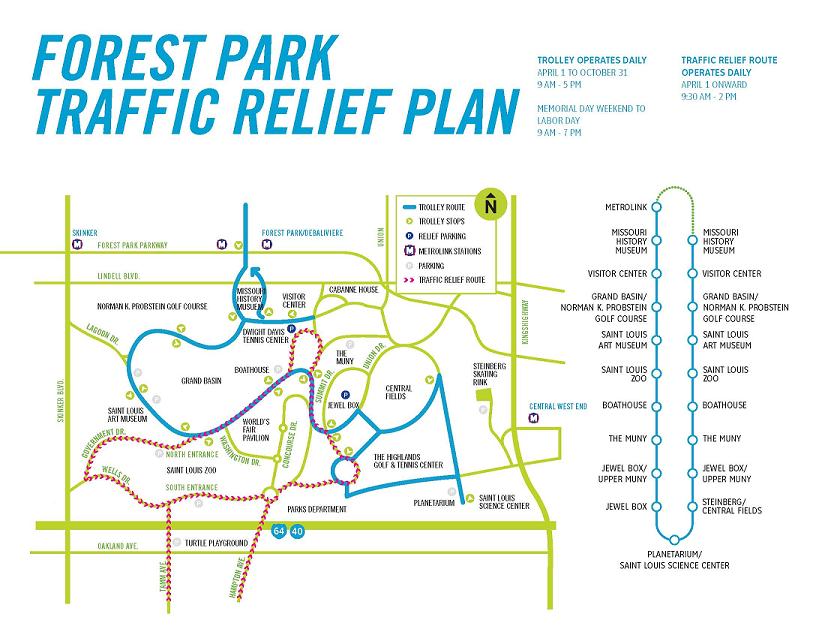 The Metro Forest Park Trolley Service line will operate daily from 9:00 a.m. – 5:00 p.m., seven days a week, from April 1 through Oct. 31 with extended summer hours,  9:00 a.m. – 7:00 p.m. with service every 20 minutes. Memorial Day weekend through Labor Day. It will connect all park attractions, as well as the Forest Park-DeBaliviere MetroLink Station. Adult Trolley fares are $2 per adult. Children 6-12, seniors and disabled passengers ride for $1. Kids five and under ride free.  Visitors can either park in the Visitor Center parking lot or in the upper Muny parking lot, and hop on the Forest Park Trolley for a lift to their desired attraction.

As a result of the new Traffic Routing Plan, drivers will make a circular path through the park, past many parking lots at The Muny, Visitor Center, along Government Drive and past both Saint Louis Zoo lots. Here’s what visitors can expect from the new plan: 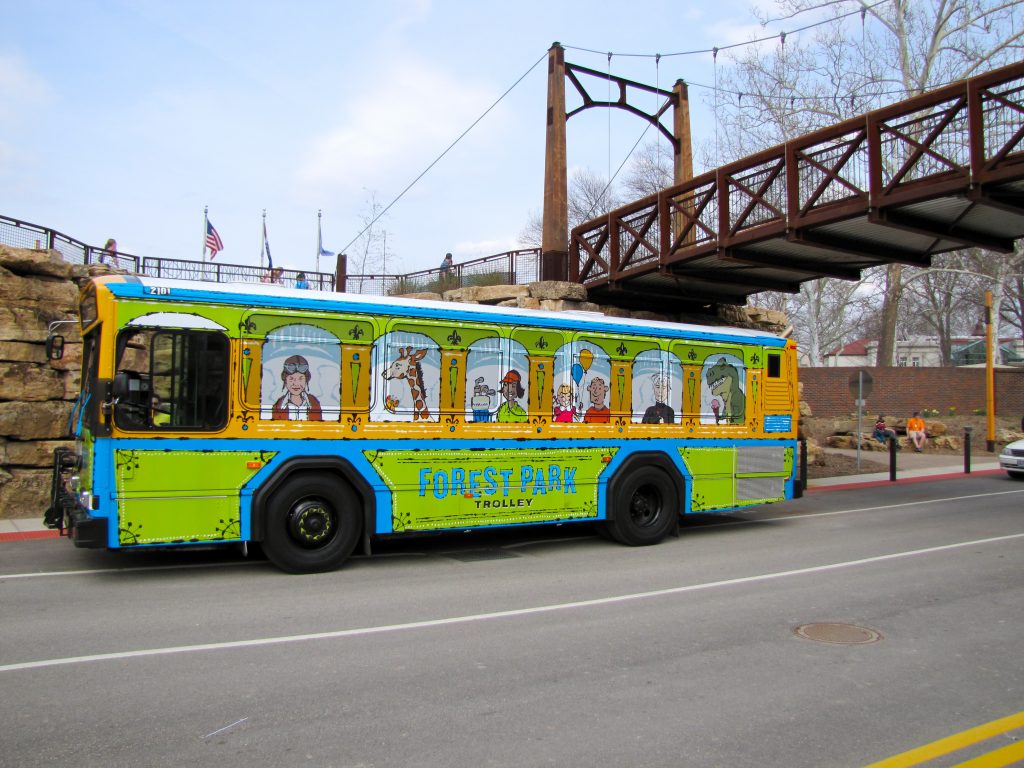 The Forest Park Trolley service will have maps and signage within the park to help guide visitors.  To find out more information on the Traffic Routing Plan and other news from Forest Park, visit Forest Park Forever.