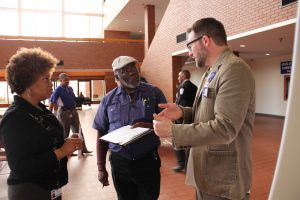 Bi-State Development Agency/Metro will hold a public hearing Tuesday, April 1, about the proposed fare increase that would go into effect in July 2014. In addition, the agency is sharing details about how the public can participate online and provide feedback about this important topic.

The general public is invited to attend this hearing to learn more about three fare increase options under consideration and to provide feedback. Metro staff will be available to discuss the fare increase options. The public hearing will include a formal presentation that will begin at 6 p.m., with the remaining time available for public comment. Residents who are not able to attend the public hearing are urged to participant by taking part in an online survey.

They may also comment on the proposed fare increase options by calling 314-982-1422, by email to FareIncrease2014@metrostlouis.org, or by mail to: 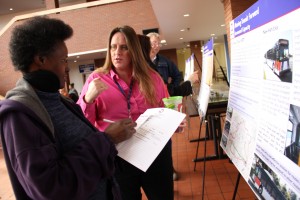 A fare increase is necessary to meet Metro transit’s fiscal year 2015 budgeted goal of a five percent increase in passenger revenue. All of these options would generate an additional $2.25 million in annual revenue. Based on public feedback, Metro will adopt one of the fare increase options or a modified version of the three options. 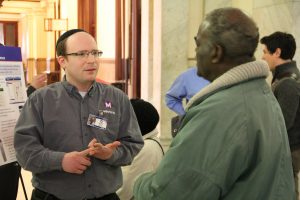 Bi-State Development Agency/Metro’s fiscal year 2015 operating budget is 3.6 % higher than it was in 2014 because of increases in the price of services and products like diesel fuel. All of Metro transit’s revenue sources, including local sales taxes and passenger revenue, must grow to continue to sustain the current service level.

Regular and modest fare increases are important to the long-term health of the transit system. Fare increases of about five percent approximately every two years are essential to continue the implementation of Moving Transit Forward, the region’s long-range plan for transit service operations, enhancement and capital investment.