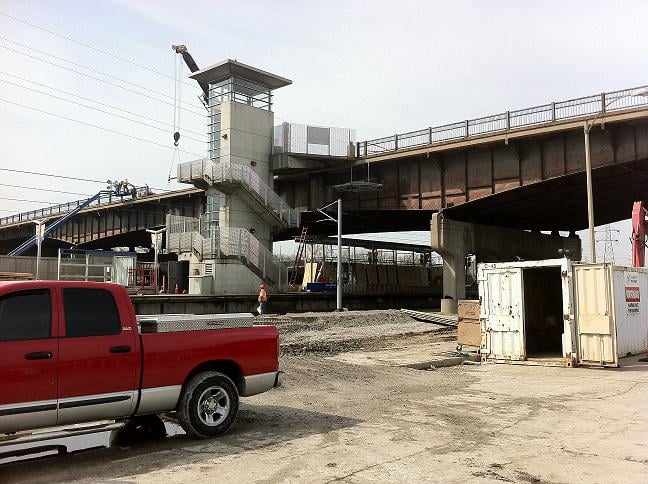 It’s time for the City of St. Louis to take down the Grand Bridge! Demolition starts bright and early Saturday morning, so for Saturday and Sunday, March 19-20 and 26-27 MetroLink will have interrupted service to accommodate the bridge work.  Here’s what to expect:

From 8 pm until the end of service, all Blue Line trains will operate from Forest Park to Shrewsbury only. All eastbound trains will depart the Aiport Terminal 1 station with a 5 minute delay.

There will be no MetroLink service between the Union Station and the Central West End Stations this weekend. Metro will shuttle customers by bus from the beginning of service (4:10 a.m.) Saturday, March 19, until the end of service (1:30 a.m.) on Sunday night, March 20 between the two stations.

Soon the City of St. Louis will take down the Grand Bridge, and service will return to the “new normal” during bridge construction.