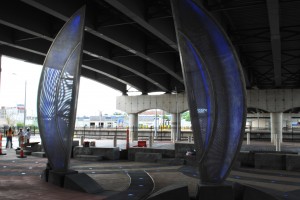 The announcement many of you have been waiting to hear:  The Grand MetroLink Station will reopen and MetroBus service will resume to the Grand Bridge on Monday, August 20.

The #70 Grand, #58X Twin Oaks Express, and the #410 Eureka Express routes will return to the Grand Bridge and will connect with MetroLink at the Grand station. Those bus routes have been rerouted and the station has been closed since March 2011 while the bridge was closed, torn down and rebuilt in midtown St. Louis. 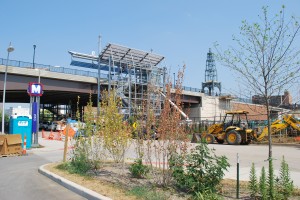 The construction of the new bridge by the City of St. Louis gave Metro Transit an opportunity to completely renovate one of its busiest MetroLink stations that is also a major connection point for the busiest MetroBus route on the system, the #70 Grand. Construction on the new Scott Avenue Transit Plaza at the Grand MetroLink Station is nearly completed. The new plaza will turn the Grand MetroLink Station into one of our most customer friendly stations on the MetroLink system for both residents and tourists. 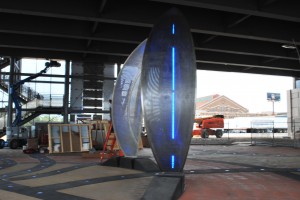