As much as we like to read the words of our own voice, we also want to share what other St. Louisans think about public transit in our region.  Welcome our first guest blogger, Alex Ihnen of St. Louis Urban Workshop.

The challenge remains to knit together the proponents of public transit, mold a common agenda and get to work on the minutia of creating successful change. 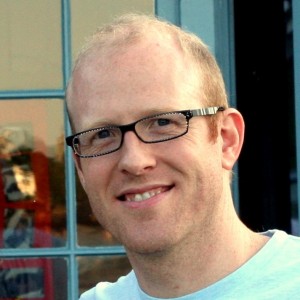 If St. Louis has a fault greater than its car-centric, less-than-progressive stance on transit, it’s the tendency to seek a magic bullet and overlook the huge benefits of methodical, sensible change. Fans of mass transit are often just as susceptible to this as anyone. We cheer for any rail proposal and draw up our own fancy maps, inevitably a bad recreation of a transit map of Washington D.C. or Paris, outlining where the next six streetcar lines should be built.

But the ability to make all our transit options better is right in front of us. For example, no design competition or deliberation is needed for covered a bus stop shelter, let’s use the ones they use in Cincinnati. Don’t like those? Let’s use the same ones as can be found in Pittsburgh. Only a few thousand dollars in street paint separate cyclists in St. Louis from having a cycle track, a dedicated two-way bike lane located between parked cars and the sidewalk, on several major St. Louis thoroughfares.

Pedestrians remain a low priority in St. Louis. Whether it’s the inadequate pedestrian crossing on Taylor Avenue connecting the medical center to its many parking garages, the crosswalks nearby at Taylor and Forest Park Avenue, the mess of pedestrian access issues surrounding the Forest Park-DeBaliviere MetroLink stop, the purposeful barriers to pedestrians at the Brentwood MetroLink stop, access to the Jefferson National Expansion Memorial across Memorial Drive, or any number of other issues, our region simply does not prioritize the person who chooses to walk.

This must change and St. Louis would be wise to adopt a Complete Streets policy. What would this mean? From the Complete Streets website: “Instituting a complete streets policy ensures that transportation planners and engineers consistently design and operate the entire roadway with all users in mind – including bicyclists, public transportation vehicles and riders, and pedestrians of all ages and abilities.”

Bump-outs, turn lanes and crosswalks aren’t sexy topics. It’s a lot more fun to dream of light rail criss-crossing our beautiful city. But this work is what will change our city for the better and make it a more humane place to live. And this work is being done. Increasingly, residents and neighborhood organizations have taken up the cause of improving their streets and both South Grand and Manchester Avenues will see incredible improvements in the near future.

Why is this important for public transit? Many users of public transit arrive at a train or bus stop by foot or on bike. It’s not enough to connect someone from one public transit stop to the next. Public transit must connect to its surroundings, to shopping, to work, to home. St. Louis has some excellent public transit infrastructure, but it’s not being utilized to its full potential with these vital connections.

So that should be the first priority, but other work cannot stop. The Loop Trolley should be supported, despite some flaws, as a viable way to reintroduce streetcars to St. Louis. Expansion of MetroLink should be supported as well. A North-South line through the city would have an incredible impact on emerging walkable neighborhoods and promote smart, dense development. Options for this line have been identified, but lack funding.

Funding is the crux of expansion issues. But does it make sense to expand MetroLink to Westport, in effect creating a commuter rail line? Doesn’t public transit work best in dense environments? And should the Loop Trolley connect a park with $500,000 homes instead of a major employment center to one of our major universities?

No matter whether you support specific projects, it is incredibly important to promote the benefits of public transit to the region. Our fragmented local government structure makes this difficult, but success is certainly within reach. The next ballot initiative considering funding for Metro must be fully supported with a comprehensive campaign. The benefits of a robust public transit system are real and touch every single person in the region.

Alex Ihnen is the proprietor of the blog St. Louis Urban Workshop.  Born and raised in Indiana, Ihnen now resides in the Forest Park Southeast neighborhood and is an ardent fan of St. Louis history, architecture and community.  St. Louis Urban Workshop focuses on smart urban planning and development, especially in the St. Louis region. He writes,  “More important to me than any stance on a particular issue is my wish that people would be attentive to the choices before us and how we can effect a more livable future for our neighborhoods and cities. Too few people are engaged in their communities, and this neglect has led to much of what we now dislike about our towns and cities. Because of this, those who choose to become engaged can and will have substantial influence.”