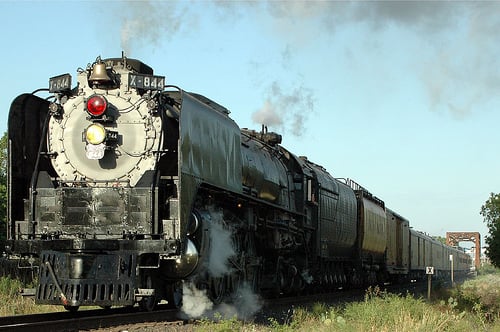 Thanks in part to the enthusiasm and support of St. Louis and Missouri voters, the Little Rock Express edged the Tuscola Turn by 3,042 online votes to win Union Pacific Railroad’s Great Excursion Adventure “You Route the Steam Contest.” Union Pacific will now route one of its historic steam locomotives from Kansas City, through St. Louis and on to Little Rock, Arkansas through eastern Missouri.

Union Pacific’s steam locomotives are giant, powerful machines, and very popular among train enthusiasts of all ages.  When the locomotive tours St. Louis, we will provide readers with all the information on how to go and see the train.  It is a fine nod to St. Louis previous history as a large and very busy railroad hub as the gateway to the West.