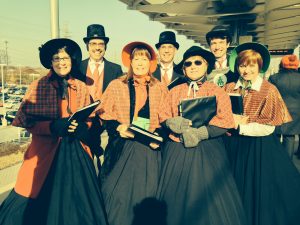 The Blue Line travels to Shrewsbury before returning to Fairview Heights, and the Red Line goes to Lambert-St. Louis International Airport before heading back to Fairview Heights. The cost of the concert is a ticket to ride. Metro customers can board at any MetroLink Station along the way with a valid ticket or Metro pass. 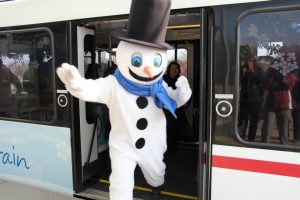 The Holiday Magic Train is a partnership between the St. Louis Convention and Visitors Commission (CVC) and Metro transit. This is the fourth year the train has traveled on the Red and Blue MetroLink Lines to bring holiday cheer to thousands of area commuters.

The decorated train is a winter wonderland of blue and silver ornaments and white snowflake ornaments with garland. Snowflake decals decorate the train windows and big holiday wreaths adorn the front and back of the Holiday Magic Train.

The Holiday Magic Train is in service from November 29 through December 31. Customers will generally find it on the Red Line on Monday, Wednesday and Friday from around 4 a.m. until approximately 6:30 p.m. and on the Blue Line on Tuesday and Thursday from 4:50 a.m. to nearly 6:30 p.m.

Here are the exact times you can catch the Holiday Magic live music train along it’s route: 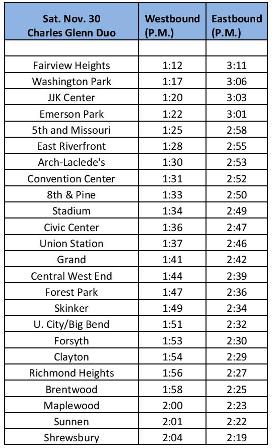 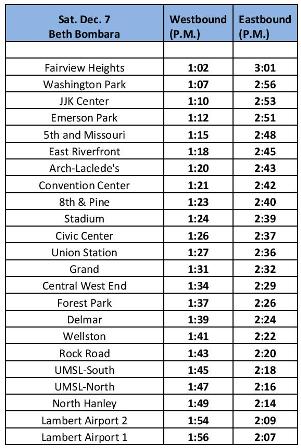