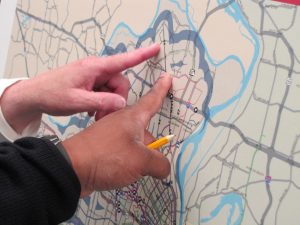 In response to customer feedback, Metro is modifying the quarterly service changes implemented on November 28. Customers can expect a return to pre-November changes for the #8 and #80, with expanded service.

The primary issue Metro is responding to regards a loss of service along Russell Boulevard between Grand Boulevard and Gravois Avenue and the re-direction of the #8 Bates Morganford to the Central West End station.

The following changes will provide continuous service in the McKinley Heights neighborhood along Russell Boulevard, including direct access to the Civic Center MetroLink Station. Effective on January 9, 2012:

#80 Park Shaw will provide a new direct connection from the Shaw Neighborhood to the Central West End MetroLink Station, while preserving access along that route to the Civic Center MetroLink Station. Service will operate every 40 minutes during rush hour and hourly during non-rush hour. Preview: Schedules, Map and Turning Directions.

#8 Bates Morganford will return to its routing prior to November 28, 2011, providing direct access from the Morganford corridor to Downtown St. Louis via the Civic Center MetroLink Station. Service will operate every 40 minutes during rush hour and hourly during non-rush hour. Preview: Schedules, Map and Turning Directions.

Service to The Hill neighborhood will operate as an hourly shuttle serving Shaw Boulevard, Macklind Avenue and Southwest/Vandeventer.

Metro will continue to monitor service performance and customer feedback, and will respond by providing the most effective service plan within our financial resources.