Learn and Discuss About Transit-Oriented Development At Meetings This Week 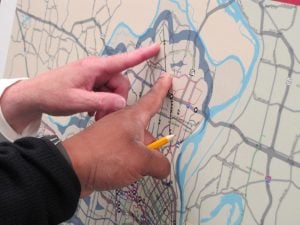 The latest round of meetings focusing on TOD around specific Metro Transit Centers, are this week. The meetings will review final plans for select stations and will focus on issues of implementation, and prioritizing various improvements.

Earlier this week, meetings were held to discuss the Rock Road and North Hanley Stations.

In addition, there will also be a meeting tonight to discuss Union Station and Civic Center Station. That meeting will be held at the Sheraton City Center, 400 South 14th Street,13th floor from 5:30 p.m. to 7:30 p.m.

Tomorrow night’s meeting will focus on the Fairview Heights Station and will be held at the Caseyville Township Senior Center, Lower Level from 5:30 p.m. to 7:30 p.m.

Metro Transit hopes you will be able to attend one of these meetings to learn and share your thoughts on Transit-Oriented Development (TOD) around MetroLink stations.

For more information on the meetings and the St. Louis Regional Transit-Oriented Development Study, click here.