IMPORTANT UPDATE: The first Holiday Magic Train concert featuring Honeyvox on Saturday, November 29 has been postponed. We’ve updated the date and time below. 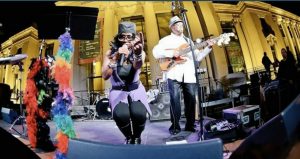 Passengers aboard the Holiday Magic Train on Saturday, December 6 will enjoy the jazz and swing sounds of Kevin Mitchell 4. The concert will begin at 12:59 p.m. at the Shrewsbury-Lansdowne I-44 MetroLink Station, and the group will perform while the train travels along the Blue Line to the Fairview Heights MetroLink Station and then will arrive back at the Shrewsbury Station at 3:04 p.m. 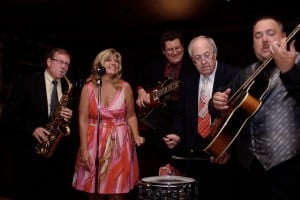 Honeyvox will perform on board the Holiday Magic Train on Sunday, December 14 (new date). The concert will begin at 2:02 p.m. at the Shiloh-Scott MetroLink Station, and they will perform high-energy dance tunes and holiday favorites while the train travels along the Red Line to the Lambert Airport Terminal 1 MetroLink Station and then returns to the Shiloh-Scott Station at 4:41 p.m. 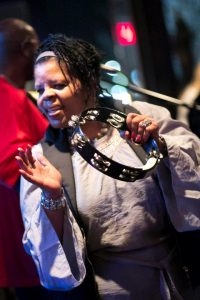 The Holiday Magic Train is a partnership between the St. Louis Convention and Visitors Commission and Metro transit, and this is the fifth year the train has traveled along the Red and Blue MetroLink Lines to bring holiday cheer to thousands of area commuters. The train is decorated with garland, lights and ornaments, snowflakes on the windows and big holiday wreaths adorning the front and back of the train.

The cost of a Holiday Magic Train concert is a ticket to ride. Metro customers can board at any MetroLink station along the way with a valid ticket or Metro pass.

Click the charts below to view MetroLink schedule times for each band. 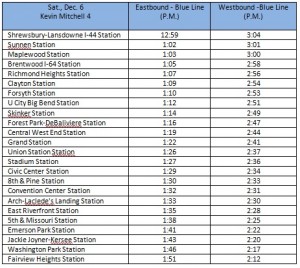 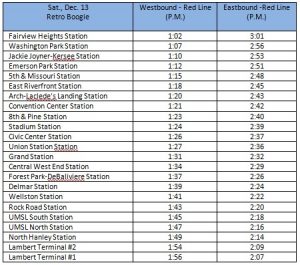 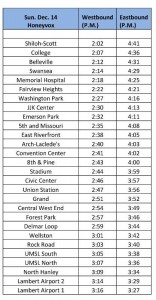 3 thoughts on “Live Concerts on the Holiday Magic Train”