Construction to expand and enhance the Civic Center Transit Center in downtown St. Louis is scheduled to begin later this month.

More: View updated MetroBus schedules and maps for the routes affected by this change.

Passengers will need to access their MetroBus routes at designated locations on 18th Street or Clark Avenue for the duration of the construction project, which is scheduled to take up to 18 months. The Civic Center MetroLink Station will remain open during construction.

New shelters, benches and signage have been installed near Union Station to better serve passengers. Eighteen MetroBus routes will be relocated from the Civic Center Transit Center. View the map below to see where you’ll board your MetroBus route. 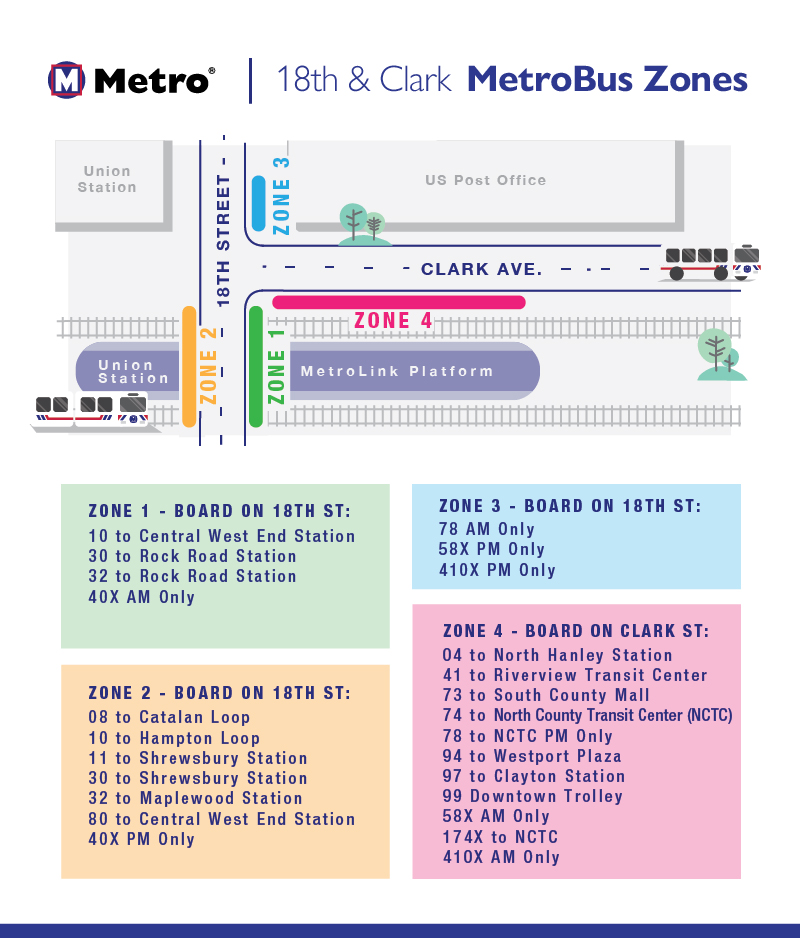 Serving downtown St. Louis at 14th and Spruce Streets, the Civic Center Transit Center is one of Metro’s busiest transit hubs. This construction project will expand and enhance the existing transit center, allowing it to accommodate more buses and provide passengers with new amenities and features, including public restrooms, an indoor waiting area, concessions, digital arrival-time boards and a Metro Public Safety substation.