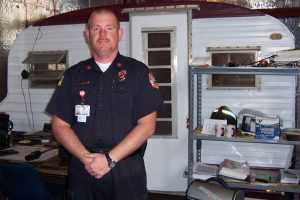 Former Firefighting "Building" at St. Louis Downtown Airport in Cahokia. New one will be built with American Reinvestment and Recovery Act funds.

The Metro Board of Commissioners today approved an operating budget of $232.4 million for Fiscal Year 2011 that includes funds to restore transit services that were cut in 2009. The budget includes freezes on salaries and hiring and reductions to expenditures across the board.  The funds from the Proposition A half-cent sales tax in St. Louis County will not begin to be collected until July 1 and will not reach Metro until late September, so the main priority for the Agency is providing the money and resources necessary for service restoration.

Capital projects scheduled for 2011, in addition to service restoration (including ARRA projects):

2 thoughts on “Metro Board Approves FY2011 Operating and Capital Budget”