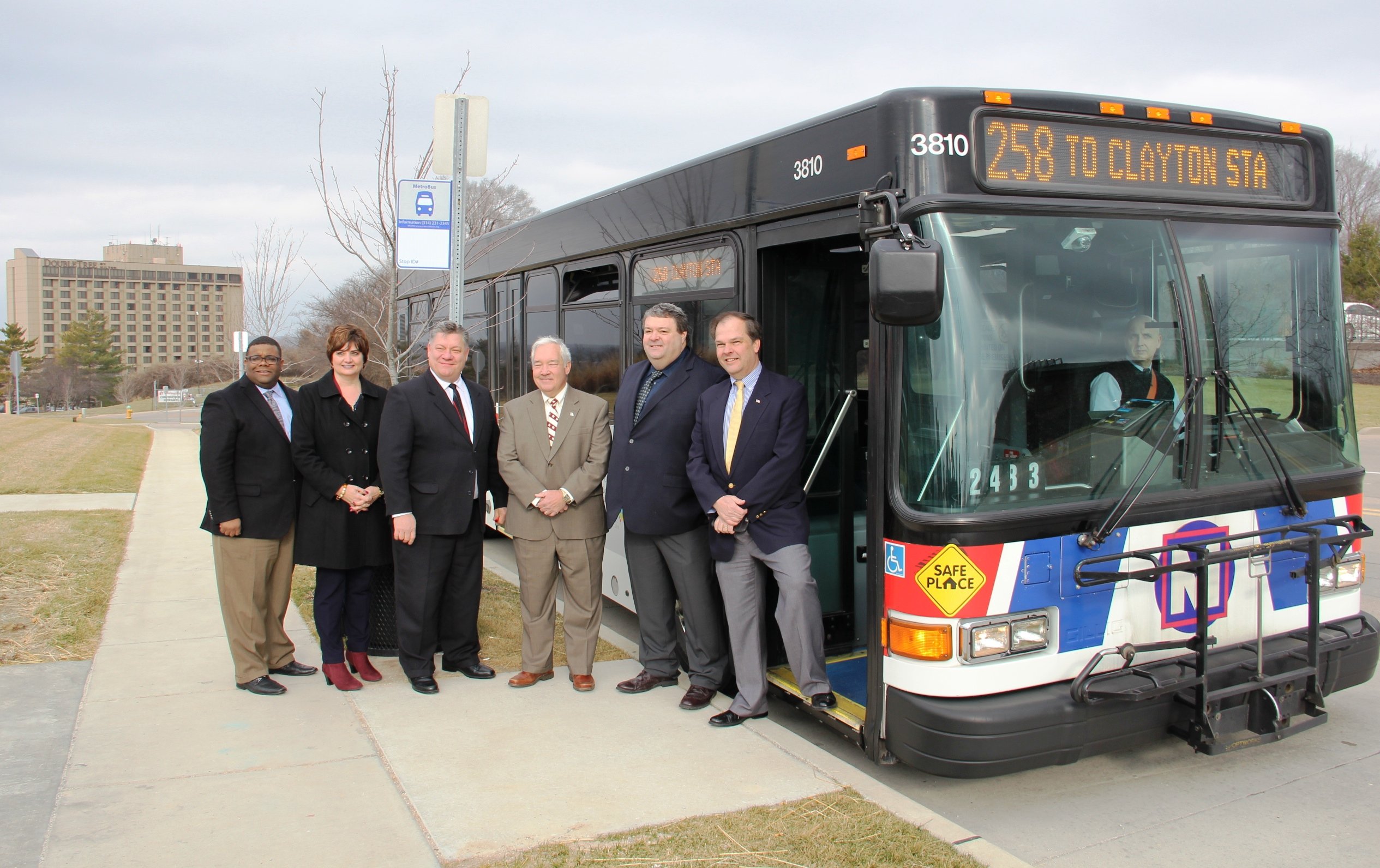 The completion of a bus stop enhancement project is creating a more convenient and accessible transit experience for those traveling through West St. Louis County.

“This is an important project for Chesterfield, West St. Louis County and the entire St. Louis region,” Harder said. “Investment in public transit supports growth and development, and projects like these are key to attracting businesses and attracting workers to help us create a regional hub for employment.”

The bus stop enhancement project added new amenities to seven key MetroBus stops in Chesterfield, with an eighth scheduled to receive enhancements later this year. These upgrades were paid for by the Chesterfield Transportation Development District (TDD). Metro provided planning, engineering and administrative support for the project, in collaboration with the City of Chesterfield and St. Louis County. 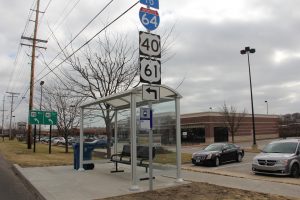 Nation said the project was born out of a conversation with a Chesterfield resident who rode MetroBus and wondered if there could be a shelter at the bus stop to shield her and others from the weather.

“This project is an excellent example of how we can work together to better serve the residents of the region,” Nation said. “Metro’s bus service plays an integral part in providing access to the workforce for Chesterfield’s businesses, and I am proud that we were able to work with County Councilman Mark Harder and Metro to bring this project to fruition.”

“One of the key goals of good transit is to enhance the communities we serve. Excellent bus stops such as these improve the livability of the community, so we were very excited when the Chesterfield Transportation Development District approached us about sponsoring this project,” said Ray Friem, Executive Director of Metro Transit.

“Chesterfield is an important part of our transit market, and these improvements will create easier and more comfortable trips for riders of two popular routes, the #258 Clayton Chesterfield and #91 Olive. Last fiscal year, these two routes recorded more than 680,000 boardings. Those trips represent students connecting to education, workers headed to employers in Chesterfield or to other areas in the region to make a living.”