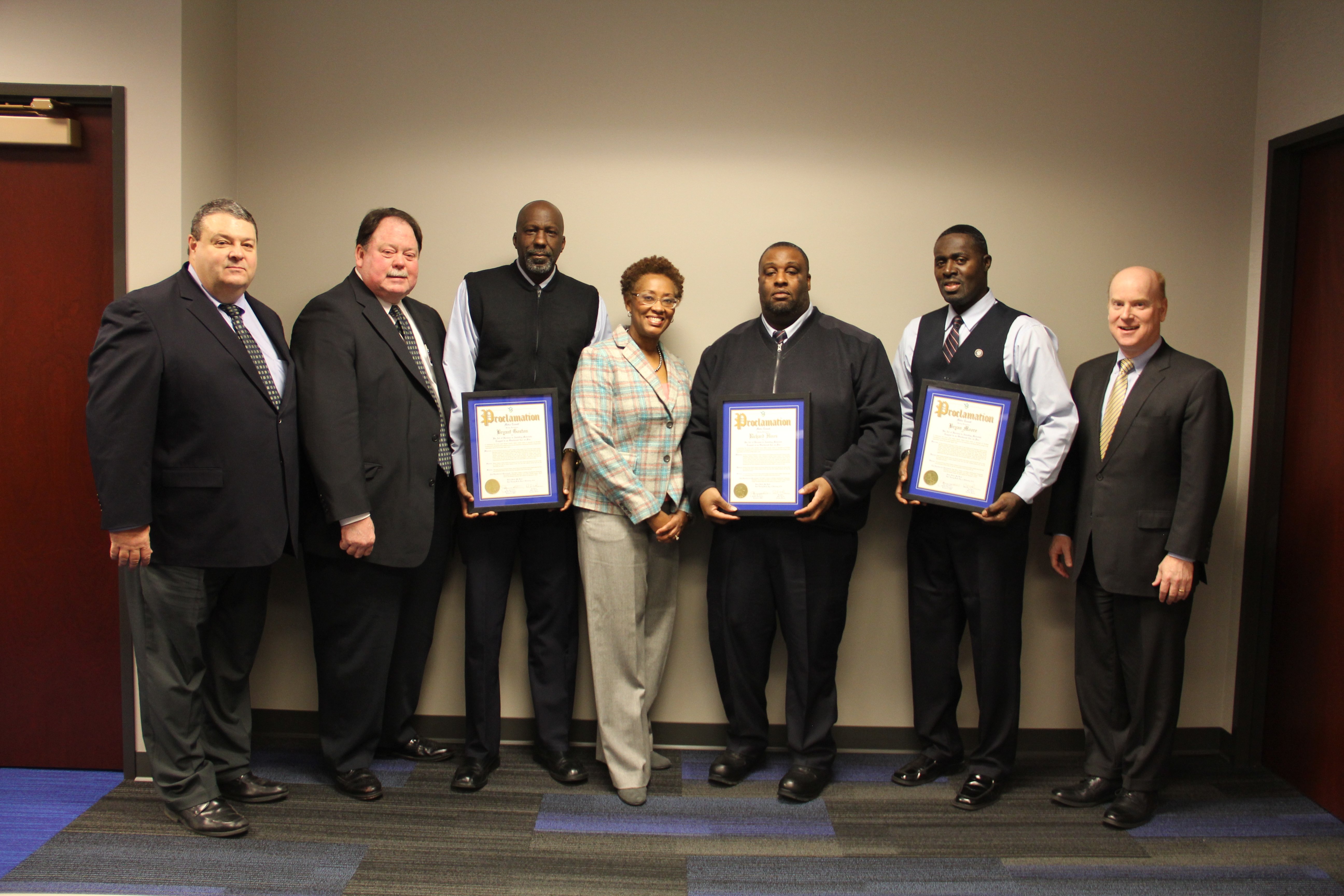 MetroBus operators Bryant Goston, Bryan Moore and Richard Hines were recognized this morning at the Bi-State Development (BSD) Board of Commissioners meeting for their heroism and bravery after assisting motorists trapped in an overturned car fire earlier this month.

The Commissioners, BSD President and CEO John Nations, Metro Transit Executive Director Ray Friem and others in attendance celebrated the three men for going beyond the call of duty and risking their lives to help save the lives of others.

“With MetroBus, we have 1,300 sets of eyes out there every day, traveling through the region and seeing things,” said Friem. “Sometimes, they are spurred into action to save lives. We are very proud to give these gentlemen special recognition today.”

On the morning of February 5, 2016, MetroBus operators Goston, Hines and Moore were taking their break at the Riverview Transit Center in North St. Louis when they heard the unmistakable sound of two vehicles colliding. They ran over to investigate and found that one of the vehicles involved in the accident had overturned and was on fire, trapping four people inside.

Goston, Hines and Moore immediately grabbed the fire extinguishers from their buses and jumped into action. They pulled the victims from the burning car, quickly extinguished the flames, and kept bystanders safe as they contacted emergency responders.

Since then, the three men hadn’t thought too much about the incident, and were surprised at the attention they started to receive when their story got out.

“We didn’t do this for any type of self-gratification,” said Moore. “We were just doing our jobs.”

“It is heartwarming and inspiring that in this day and age, when an incident like this happens, we have people who by instinct run toward it rather than away from it,” said Nations. “These men represent the very best of our organization, and we are privileged to have them serving our communities.”

1 thought on “Metro Operators Praised for Acts of Heroism”