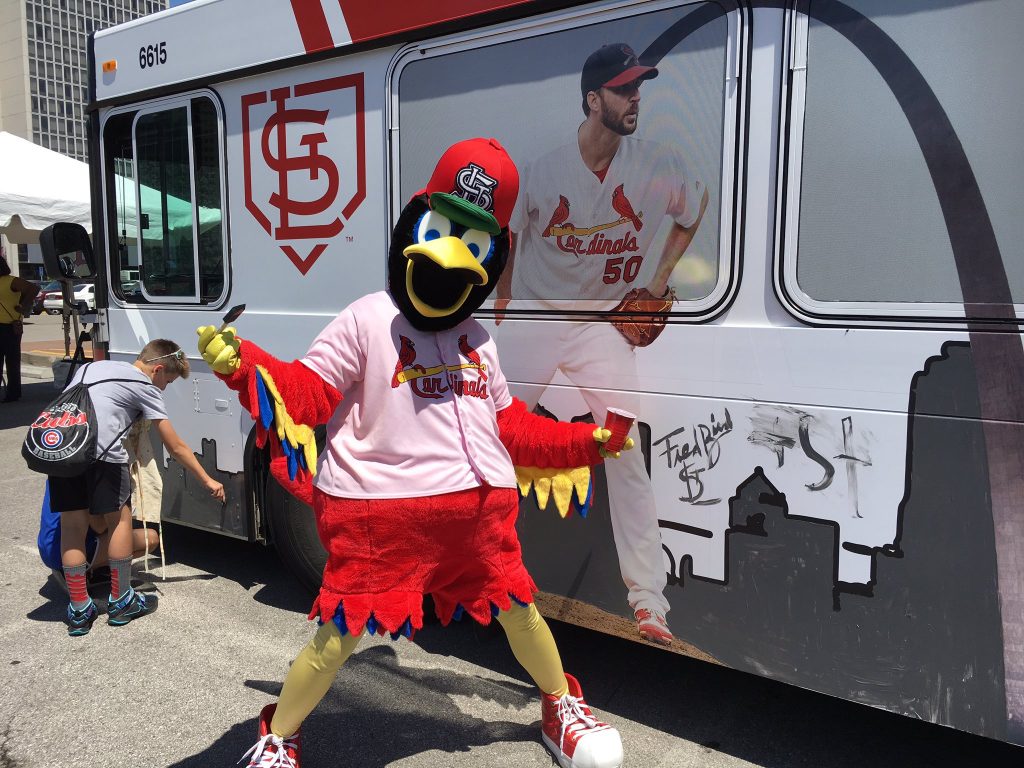 If you’re heading to Busch Stadium to watch the St. Louis Cardinals take on the Chicago Cubs on Friday, arrive early and help us paint a bus outside Busch Stadium.

Painters of all ages will have the opportunity to paint two specially designed murals, one on each side of the bus, that celebrate St. Louis and the hometown Cardinals. The bus painting begins at 5 p.m., and the event is free and open to the public.

“Painting a bus with other sports fans creates excitement, energy and builds community,” said David Allen, Metro Arts in Transit Director. “It’s a fantastic way for Cardinals fans to express themselves creatively and interact with other fans before the first pitch.”