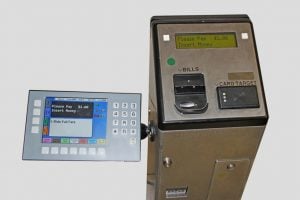 Metro Transit will begin testing new fare boxes on 40 MetroBus vehicles on Monday, Oct. 1, 2012 as part of building a better transit experience for customers. The pilot program will allow Metro to obtain feedback from customers, operators, and other Metro employees so adjustments can be made before fare boxes are installed on the rest of the approximately 400 MetroBus vehicle fleet next year.

“The display on the fare boxes will indicate how much money has been inserted.  It will show any balance due, and will confirm your fare has been paid in full,” said Ray Friem, Chief Operating Officer of Transit Services.

The new fare boxes are installed on MetroBus vehicles on the following routes: #16 City Limits, #18 Taylor, #42 Sarah,  #36 Spanish Lake, #61 Chambers, #97 Delmar, #36X Bissell Hills, #174X Halls Ferry, and the #4 Natural Bridge. Depending on operational needs, the buses with the new fare boxes may also be used on other routes.

MetroBus customers can email their questions or comments about the new fare boxes to buildingbettertransit@metrostlouis.org, or contact Customer Service at (314) 982-1406 between 7:30 a.m. and 4:30 p.m. Monday through Friday.