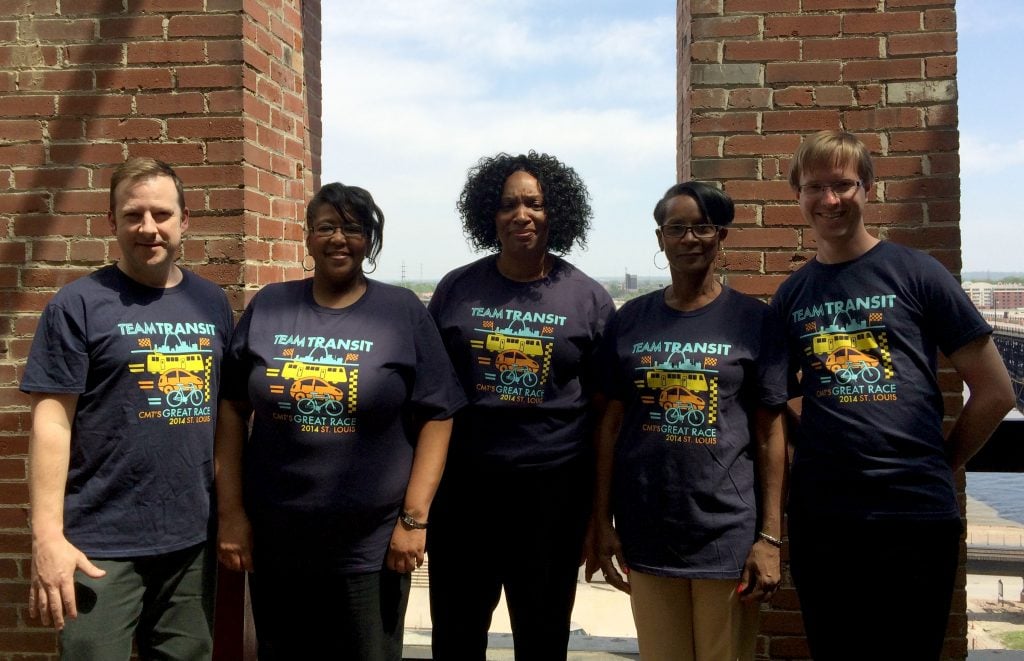 The Citizens for Modern Transit’s Great Race is tomorrow, May 8, and several Metro employees are participating on Team Transit.

The race, which is designed after the CBS television show “The Amazing Race,” will include four different transportation-related teams, including: Team Transit, Team Bike, Team Carshare and Team Carpool. The goal of the competition is to see which alternative mode of transportation can travel from Clayton to Shrewsbury the fastest.

Each team is made up of local media personalities and representatives from a variety of companies.

The race will start at 4:30 p.m. at Fortel’s Pizza Den, 7359 Forsyth Boulevard in Clayton and will end at the Shrewsbury-Lansdowne I-44 MetroLink Station.

As part of the festivities at the finish line, CMT is sponsoring a Metro Market at the Shrewsbury-Lansdowne I-44 Station from 5 p.m. to 7 p.m. It will feature food trucks, retail, a farmers market and a bike tune-up station among other things. The Metro Market is free and open to the public.

The event will coincide with the official ribbon cutting of the newly improved Great Rivers Greenway’s River des Peres Greenway Trail. The three-mile trail is now fully ADA-accessible and is wider than the previous trail. It also provides access directly into the Shrewsbury-Lansdowne I-44 MetroLink via an improved crosswalk at Landsdowne Avenue.

You can support Team Transit tomorrow by rallying behind social media using the hashtag #cmtgreatrace on Twitter.

We hope to see you at the event. Go Team Transit!