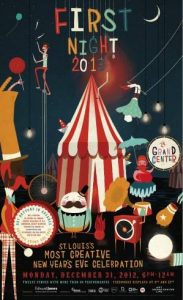 Metro Transit will supplement MetroBus service in the area of the Grand Center as well as operate extended MetroLink service on New Year’s Eve in conjunction with First Night in St. Louis. First Night visitors can utilize the #70 Grand MetroBus route from 6 p.m. to 7 p.m. on Monday, December 31 to get to the First Night festivities. Starting at 7 p.m., shuttle buses will run every 10 minutes between the Scott Avenue Transit Plaza (lower level) at the Grand MetroLink Station and the designated First Night shuttle stop at the Scottish Rite Auditorium on Lindell west of Grand Boulevard. Regular Metro tickets, passes, transfers and cash fares will be accepted.

MetroLink will operate on a regular weeknight schedule on December 31 with extra trains and service added to accommodate First Night visitors. An eastbound Red Line train bound for the Shiloh-Scott Station will leave the Grand MetroLink Station at 12:06. 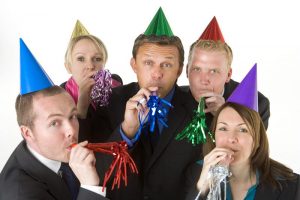 Normally, that train would go out of service at Fairview Heights and customers would be transported to the Shiloh-Scott Station via bus shuttles but the service will be extended to Shiloh-Scott that evening. The last bus shuttle to the Grand MetroLink Station will depart from the Scottish Rite Auditorium at 12:17 a.m.—arriving at the station at 12:23 a.m.  The final eastbound MetroLink train to the Shiloh-Scott Station departs at 12:33 a.m. The final westbound Blue Line train to the Shrewsbury MetroLink Station will leave at 12:35 a.m. The last Red Line train to Lambert-St. Louis International will depart at 12:40 a.m. Validated Metro tickets or passes are required to ride MetroLink.