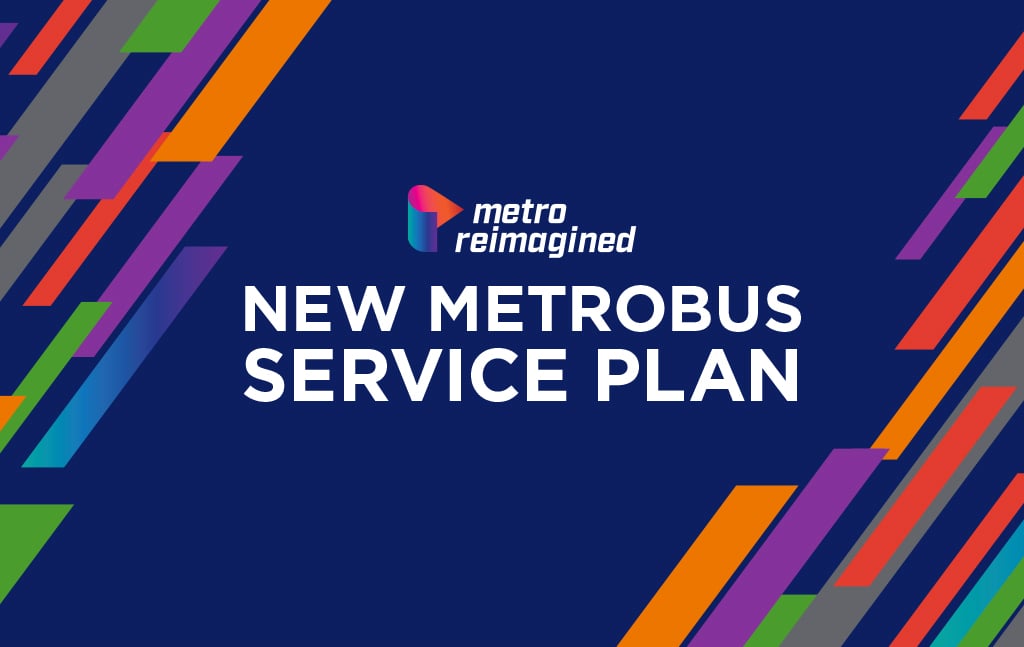 On September 30, buses are going to pull up more frequently on a majority of MetroBus routes in St. Louis County and in the City of St. Louis.

Over the past two years, passenger input, community outreach, research data and system analysis have provided valuable information which Metro Transit used to finalize the Metro Reimagined plan. You helped us provide input at every important step along the way to help create a bus system that’ll better meet the transportation needs of the region.

We invite you to attend one of two presentations to find out more about the final plan. The upcoming bus route changes will provide more frequent service, faster and more direct trips, improved weekend service, and more convenient options to get to work, school and other destinations.

A presentation of the final Metro Reimagined plan will be delivered at 6:15 p.m. at each hearing. After the presentation, you’ll have the opportunity to talk to Metro Transit team members one-on-one about your transit commute. A live broadcast will be made available online for those who are unable to attend the public hearings. Public comments will be collected throughout the duration of the meeting.

A majority of Missouri bus riders will see their buses coming more often, and this increase in frequency will make the bus system more convenient on a daily basis for more people. Ten routes across St. Louis County and the City of St. Louis will provide bus service every 15 minutes during the day on weekdays. On another nearly three dozen routes, buses will come every 30 minutes. You may have noticed new purple stickers at about 1,100 bus stop signs. These stickers signal the 10 high-frequency routes. Currently, the #70 Grand route is the only high frequency route Metro Transit operates.

Weekend service is also being improved. MetroBus service on Sundays has been added to nearly all MetroBus routes, including many routes where buses currently do not run on Sundays. Service levels will also be consistent on Saturdays and Sundays. This improved service provides better options and more reliability throughout the weekend.

Some current Missouri routes will be transformed into new, streamlined routes to create stronger connections to desired destinations and to eliminate deviations. With some routes being straightened out to make the trips faster and more direct, MetroBus vehicles will no longer operate on some streets in St. Louis County and in the City of St. Louis where it currently does. Notices are being posted on nearly 1,200 bus stops along those streets. Yellow stickers will be posted to notify customers if a stop will no longer be in service on September 30.

In an effort to make the Missouri MetroBus service change as smooth as possible, we’ll be hopping on buses to educate you about the changes. We’ll also visit transit centers and work with community groups and other organizations to raise awareness and get the word out about the upcoming changes.