Life presents us with plenty of opportunities to witness hardship, pain or suffering. But it takes the special people among us to stop, turn back, and do something to alleviate it. When MetroLink Operator Robert Yawn of O’Fallon, Illinois took the time to rescue an injured owl he saw near the light rail tracks between the Belleville and College MetroLink Stations, he didn’t just extend his compassion to one animal. Thanks to  Yawn, with the help of  local wildlife rehabilitators Treehouse Wildlife Center and friends, and dispatchers at Metro like Craig Blase, injured wildlife spotted by MetroLink or MetroBus operators in Illinois may be saved, working together to support both transit and our natural ecosystem. 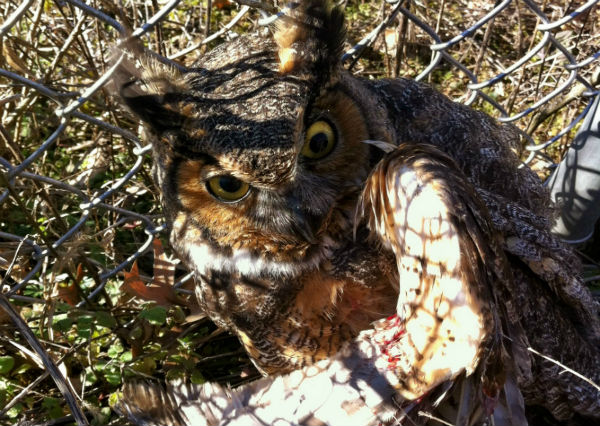 Yawn took a picture of the injured owl, a Great Horned Owl, before rescue.

A couple of weeks ago, Yawn was leaving the Belleville MetroLink Station near the end of his run, when he spotted something from the train cab that looked like an owl, motionless on the ground between the two tracks. He felt sorry for the bird, but assuming it had died, he continued on his route. He was traveling again past the station the next day when he noticed the owl turning its head, looking around. It was alive!

He called into MetroLink Dispatch, asked to permission to get out of the cab. Craig Blase in Dispatch gave permission, and using gloves and his coat, carefully carried the owl, which appeared to have a badly injured wing, over to a nearby fence away from the tracks, and continued his shift. After he finished up at 11:15 a.m., he contacted a woman named Sandie, a local wildlife rehabilitator in the O’Fallon, IL area to see if there was anything she could do for the injured owl.

Yawn had met Sandie several years ago when he struck a Barred Owl while driving a MetroLink train. He had sought help for the bird, and thanks to Sandie, the owl survived. Now, another owl needed help. Sandie agreed to meet Yawn, and with her husband, went out to rescue the fallen owl. The bird, a Great Horned Owl about two feet tall, had a broken wing and suffered from head trauma. Sandie and her husband transported this bird to the Treehouse Wildlife Center in Dow, Illinois. 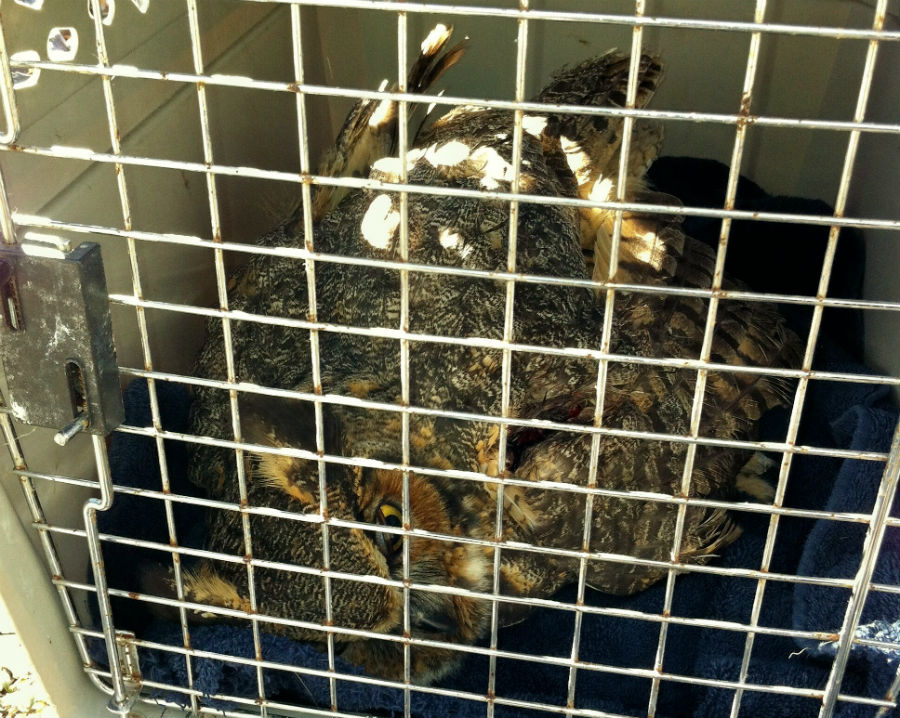 The rescued owl, immobilized but now safe from harm.

Owls and other birds of prey are federally protected, supported for their contribution to the ecosystem and treasured by local conservationists. Sandie is a home animal rehabilitator, working with Treehouse to provide additional support for injured or orphaned wildlife. Treehouse Wildlife Center has been rescuing animals for more than 33 years, funded by grassroots support and serving seven counties in Illinois. The majority of the staff of animal rehabilitators are volunteers.

“We don’t take every animal, but a good portion of them,” said Treehouse founder Adele Moore. The Center’s mission is two-fold: rehabilitate orphaned and injured wildlife, and provide environmental education through the Center and outreach to schools and community groups. Many of their patients are birds of prey: owls, eagles, and hawks.  “It’s wonderful anytime we can partner with the community to rescue injured wildlife. Many people don’t realize there is help for these animals. We know the general public wants them cared for, as they’ve kept us going for over 33 years.” 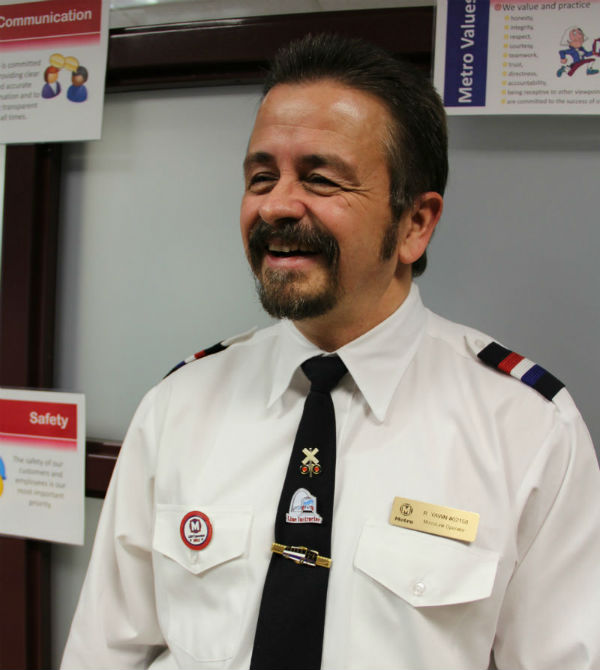 Yawn's compassion comes from love of animals. "I just didn't want him to die on his own."

Yawn has been working at Metro for 20 years this year, and driving MetroLink trains since 2000. He also trains new train operators. Yawn and his wife of 29 years, Trish, are big animal lovers, with four pugs at home with their two daughters Brianna, 18, Emily, 11, and adult son Bobby, Jr., 28. During his interview, Yawn showed off many pictures of his pets on his phone. “I just hate to see animals suffer,” said Yawn. “I figured even if we couldn’t nurse this owl back to health, at least he wouldn’t die in the cold or be attacked by other animals.”

Now, thanks to the efforts of Yawn and Blase, Metro will partner with Treehouse Wildlife Center and Sandie to provide 24-hour help for injured animals found near MetroLink tracks, or reported by MetroBus drivers in Illinois. If Metro operators spot an injured animal, they can report it to Dispatch, who will then contact Sandie or Treehouse. Not all animals can be rescued or rehabilitated, but many animals may have a better chance now thanks to the care of Yawn, Sandie, Treehouse and other concerned members of Metro and the community.

Unfortunately, the owl did not survive but lived its last week and a half of life, supported with food, warmth and personal care. Its legacy, however, will be a partnership that hopefully saves many more animals.

For more information on Treehouse Wildlife Center, or to schedule a field trip or educational outreach opportunity, visit the website or call (618) 466-2990. In addition, the bi-state Wildlife Hotline can help with referrals and information, available 24/7 for Missouri and Southern Illinois.  They answer general questions about wildlife as well as help people find animal rehabilitationists or animal control specialists when appropriate: 636-492-1610 or 800-482-7950.