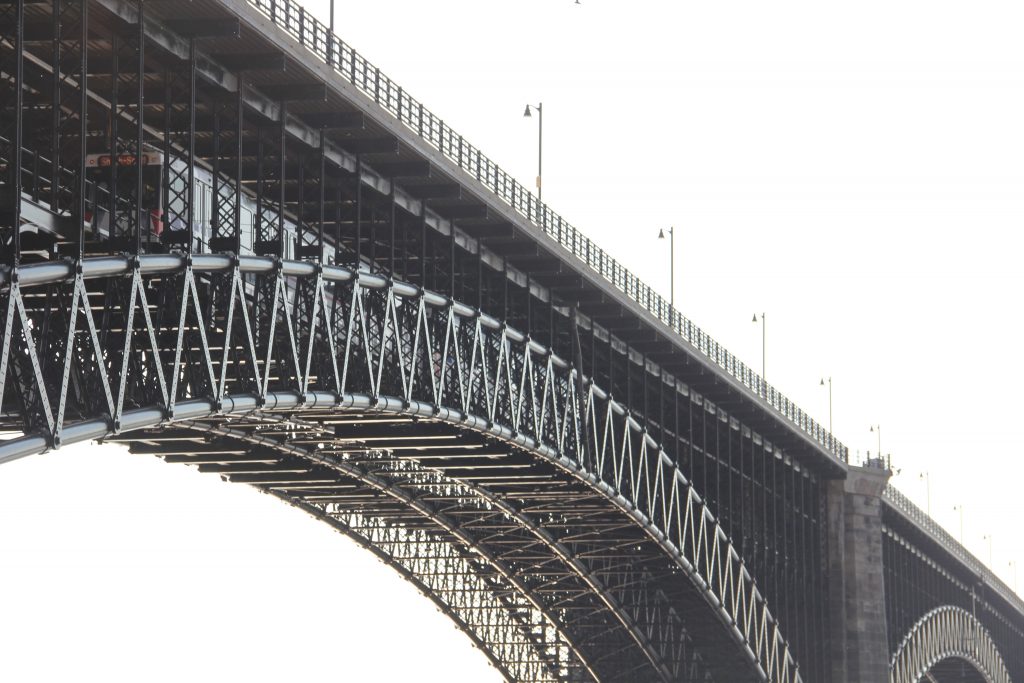 The MetroLink tracks on the south side of the historic Eads Bridge are now back in service and MetroLink trains are once again operating on both the eastbound and westbound tracks across the Mississippi River.

The Eads Bridge Rehabilitation Project is the first comprehensive, full-scale rehabilitation of the 142-year-old Eads Bridge. The project will extend the life of the bridge for another 50 years through rehabilitating and restoring the steel truss and superstructure. In addition, the structural flooring system for MetroLink has been completely replaced on the Eads Bridge with new rails and ties, and messenger and contact wire that are used to power the trains have been upgraded to new overhead conductor rail, which helps improve the light rail system’s efficiency and reliability.

During the four-year-long project, eastbound and westbound MetroLink trains shared one set of tracks to cross the Eads Bridge, with virtually no delays for passengers. Metro worked very hard to keep the impact of the rehabilitation work to a minimum on riders. Current MetroLink schedules will not be affected by the reopening of the eastbound tracks.

The Eads Bridge Rehabilitation Project is expected to be finished later this summer.

2 thoughts on “MetroLink Resumes Normal Operation on the Eads Bridge”