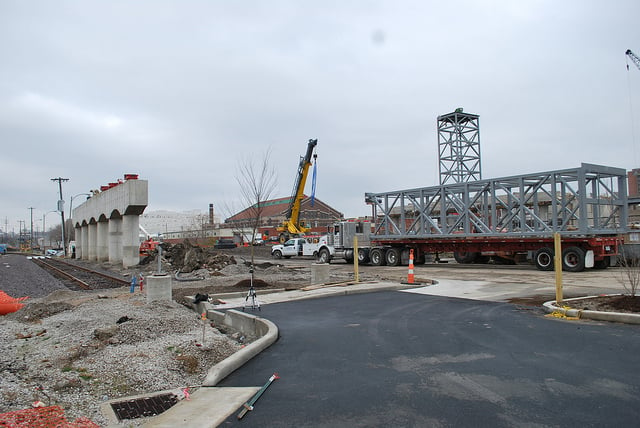 The contractor for the construction of the Grand Boulevard Bridge needs to perform work over the MetroLink alignment near the Grand Station later this week. In order to perform this work, MetroLink will single track at the Grand MetroLink Station this Thursday and Friday night beginning at 8 p.m. until the end of service. Here’s what riders can expect:

Blue Line trains will only operate from Forest Park Station to Shrewsbury Station.

Westbound Blue Line passengers traveling between the Fairview Heights Station and the Central West End Station should board a Red Line train to Forest Park Station to catch a Blue Line train.

Blue Line passengers traveling east of the Forest Park MetroLink Station should plan for 15 to 20 minute delays during the single track operations. Delays of 5-10 minutes expected on the Red Line.