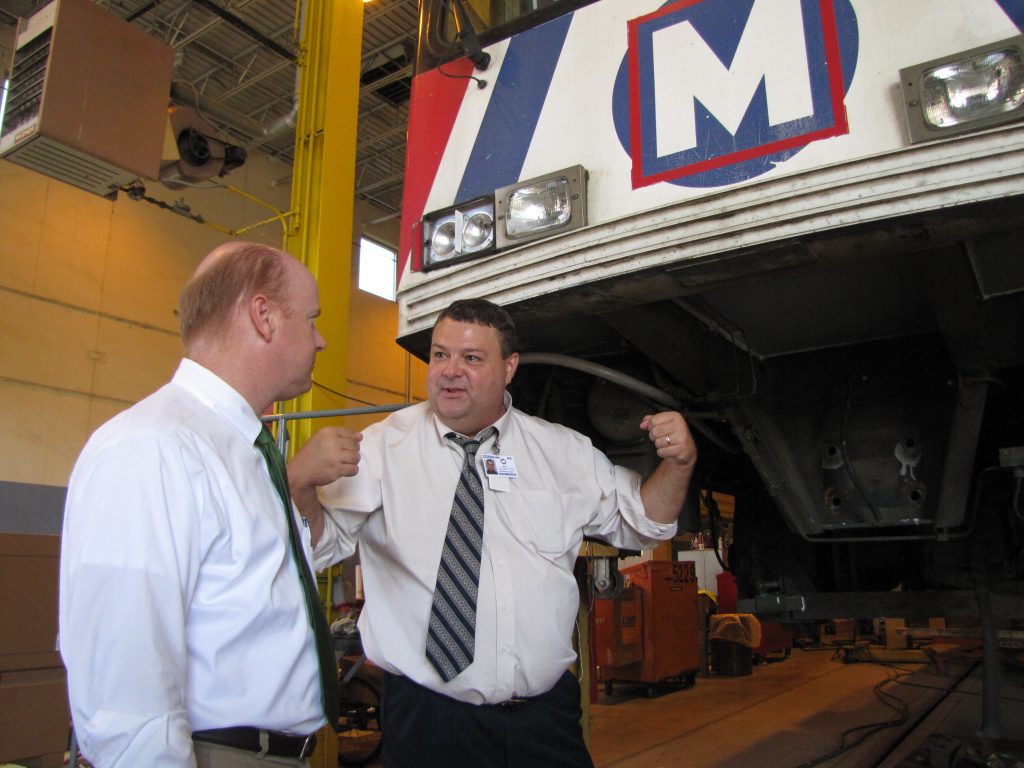 The FTA award recognizes Friem for his dedication to providing quality public transportation to the St. Louis region. It also recognizes his many achievements including leading an internationally recognized vehicle maintenance program which has significantly reduced costs while greatly improving service reliability to transit customers. Friem began his career in transit as a mechanic in Pittsburgh, and then joined Metro in 1995 as a light rail vehicle maintenance superintendent. In 2001, he was promoted to Chief Mechanical Officer and then was appointed Chief Operating Officer of Transit Services in 2003.

The maintenance program at Metro, which focuses on preventative maintenance, strong communication, extending the life of the vehicle and innovative technological developments, has saved the Agency millions of dollars, and helped keep buses and trains running through difficult financial times. The predictive maintenance plan takes a vehicle from the cradle to the grave with major inspection points at every 50,000 miles. MetroBus vehicles stay on the road an average of 15 years and 750,000 miles compared to a typical life expectancy of 500,000 miles over a 12-year period.

Friem also is one of the most public faces of Metro, speaking at public meetings and on the St. Louis Post-Dispatch’s online Metro Live Chat with Jessica Mefford-Miller. Often, he is the voice of leadership during an operational problem, whether its directing passengers during a bus bridge, guiding mechanics, evacuating riders, or heading out to help in snow and ice. Last Thursday, Friem showed even simple leadership is very useful by helping change the tire of a group of Floridian moms and daughters on the cobblestones of Laclede’s Landing at 5 p.m.

Many congratulations to Ray, and his entire team, for being the operational system of the entire Agency, and helping to control costs and keep more service on the road and tracks.