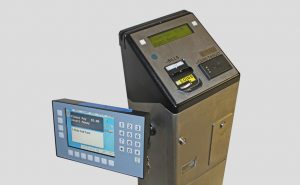 Beginning on Monday, July 1, 2013, Metro transit will move its testing of new fareboxes to six different routes on the MetroBus system.  As part of building a better transit experience for customers, Metro installed new fareboxes on 40 buses and began testing them last October. The farebox testing is moving to the #2 Red, #33 Dorsett-Lackland, #47 North Hanley, #64 Lucas Hunt, #91 Olive and #94 Page.  Depending on operational needs, the buses with the new fareboxes may occasionally be used on other routes. For the past four months, the new fareboxes were tested on Metro’s highest volume routes: #70 Grand, #90 Hampton and #95 Kingshighway, and overall, testing went well.

The new fareboxes will replace old fare equipment that is becoming expensive and difficult to repair. In addition, Metro will be better able to plan bus routes because the new fareboxes will provide more detailed passenger count information. The new fareboxes will help reduce fare evasion and assure collection of proper fares. It has advanced software that better identifies counterfeit bills and foreign coins. The new system also will allow Metro to add smart card payment technology in the future.

The pilot program allows Metro to make any needed adjustments to the fareboxes and provides customers and bus operators an opportunity to familiarize themselves with the new fareboxes before they are installed on the entire fleet of approximately 400 MetroBus vehicles later this year.

Some of the changes that customers will notice with the new farebox include: 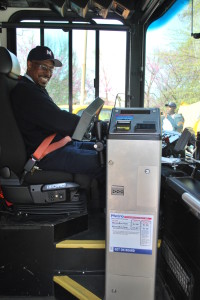 MetroBus customers can email questions or comments about the new fareboxes to buildingbettertransit@metrostlouis.org, or contact Customer Service at (314) 982-1406 between 7:30 a.m. and 4:30 p.m. Monday through Friday.