Metro passengers may notice a new security presence as they ride the system, as we welcome Blitz and Kilo – the latest four-legged recruits to the Metro Public Safety Department. 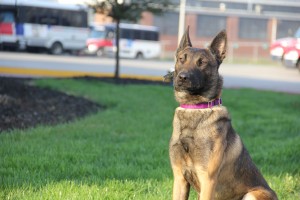 They now bring the total number of specially trained dogs assigned to the Metro transit system up to four. 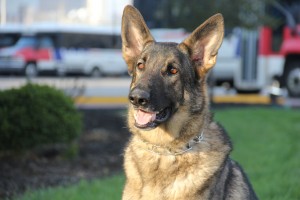 Both dogs, as well as their handlers, receive specialized training each month to ensure their skills stay in top condition. Both Blitz and Kilo were donated to Metro and will be part of Metro’s Public Safety detail until they are retired from service. Then the dogs will become the property of their handlers.

Blitz replaces Zeus, who was retired last year. Zeus served five years with Abernathy at a local police department before coming on board with Metro Public Safety. Zeus patrolled the Metro system with Abernathy for two years.

In addition to Blitz and Kilo, the St. Louis Metropolitan Police Department K-9 Unit partners with Metro and has two of its dogs, Lacy and Gunner, assigned to patrol the transit system.