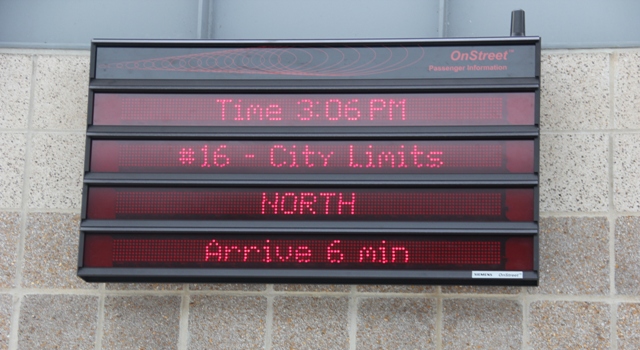 About the same time, customers may have noticed new LED boards that went up at the Shrewsbury and Central West End Transit Centers. Like the Trip Planner, the board makes use of the GPS devices that are now installed on MetroBuses to help customers be better informed as they use the system. 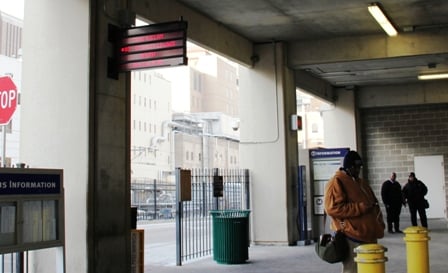 The next time you are near the MetroBus area at the Shrewsbury or Central West End Transit Centers, take a look! The board rotates real time data on all of the MetroBus routes that serve these two locations. Details include current time, route number and direction, scheduled next scheduled arrival time and estimated real arrival time. Estimated arrival times are shown only within 10 minutes of actual arrival.

A LED sign has been recently added at the North Hanley Transit Center, but is not live yet. It is expected to go into full use in the near future. More Metro transit locations are slated to have boards installed in the future as well.