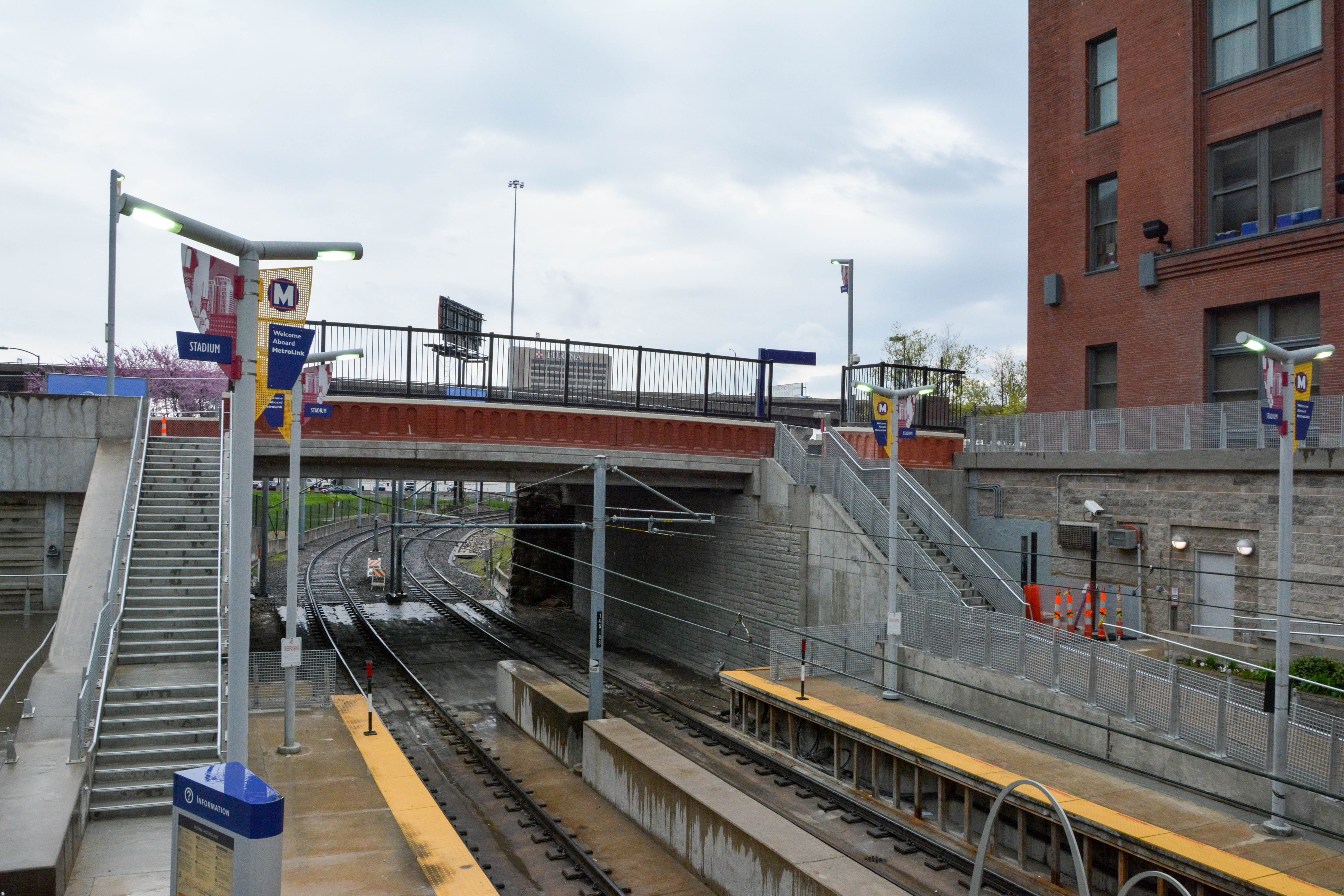 The Spruce Street Bridge, located at 8th and Spruce Streets next to the Stadium MetroLink Station, is now open to vehicle and pedestrian traffic.

Construction on the Metro transit project to replace the previous Spruce Street Bridge got underway last fall when the baseball season ended. Metro passengers may now enter and exit the station from both Clark and Spruce Streets.

“The Spruce Street Bridge needed a complete rebuild to address several age-related structural issues,” said Ray Friem, Executive Director of Metro Transit. “This reconstruction project has preserved this important piece of the region’s transportation infrastructure, and ensures the safety of the thousands of visitors who use the bridge each year to travel to downtown St. Louis.”

The bridge, which was originally built in 1874 and then partially rebuilt in the 1930’s, had deteriorated to the point it needed to be replaced. Over the past several months, crews demolished the old bridge and built a new bridge road deck, new abutments, new supports and new wider sidewalks. As part of the project, updates were also made to the Stadium Station, including new stairs and improved pedestrian access. Temporary fencing will stay in place on the south side of the Spruce Street Bridge through the summer months until crews are able to relocate a nearby steam line.

Metro selected Kozeny Wagner as the general contractor and AECOM was awarded the project design contract. Federal funding was secured by Metro to pay for 80 percent of the $7.5 million total project cost with the remaining 20 percent coming from local funds.

The bridge demolition and construction occurred over the MetroLink tracks, and in order to minimize the impact on Metro passengers and commuters, the project was deliberately scheduled for the winter when transit ridership is historically lower and to coincide with the St. Louis Cardinals offseason. Other than the bridge demolition weekend in January, MetroLink trains were able to stay in service through downtown St. Louis during the construction project, with only minimal delays or disruptions occurring.