In the next two years, Metro is currently working on a technologically advanced and easy-to-use electronic Smart Card fare system. A new computer system will be installed to make this exciting Smart Card system work.  As part this project, Metro will either retrofit or replace its aging and outdated fareboxes and ticket vending machines, which are getting harder and more expensive to maintain.

Metro received a special federal grant just to do this project. Metro’s project partner is Madison County Transit, which has assisted with the project study and evaluation and may also implement the new system.

This project is still in development and won’t be in effect for two years, so there are a lot of policy decisions and practical decisions that still need to be made. But we’re so excited about it that we’re going to go share the possibilities that the technology will bring. As the decisions are made later, we’ll keep you updated on how the system will actually work here in St. Louis. 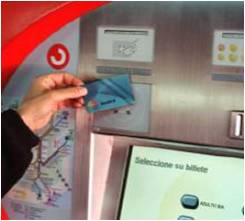 A ticket vending machine with a Smart Card interface.

What is a Smart Card, and how does it work?

Smart Cards carry tiny electronic circuits that will keep track of how much value they have on them and what trips you’ve taken that day. They can be loaded with value (i.e. dollar amounts), used until the value is all used up, and then reloaded again.

Users “tap” their Smart Cards on the farebox or validator, which responds with a light and an audible alert to indicate the fare is accepted.

How will I add value to my Smart Card?

The ticket vending machines will be updated so that they can reload value on Smart Cards. Many Smart Card systems also let users manage their accounts online, including adding value.

When will this be ready for me to use?

We hope to have the test system in place and running by the early 2012. A test system maybe in place by next year.  It will take that long to design a system that works for riders, develop the software, network the vending machines and validators into our system (which will involve work like tearing up concrete at stations to put in electrical connections, etc.), and make all of the policy decisions that need to be made so that the new system functions smoothly and fits the needs for St. Louis.

How will this help the “free rider” problem?

Metro actually has two “free rider” problems. One is actual fare evaders; the other is the public perception that Metro has a bigger “free rider” problem than it really does. In truth, our own studies show a very low fare-evasion rate compared to other systems in the industry. But because monthly passholders don’t buy tickets and are frequently recognized by the security guards and fare checkers as they board the same bus or enter the same MetroLink station every day, many people riding our system perceive that their fares are not checked and they are riding for free. 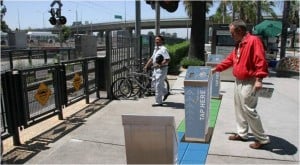 With a Smart Card system, though, everyone will “tap” their cards on the farebox or validator as they enter the bus or a MetroLink station. The farebox or validator will make a noise and flash a light, so everyone watching will know that the person “paid” their fare as they entered. (And if someone doesn’t tap, everyone on the platform also would know!) If eventually Metro should go to a barrier system (either physical or virtual), the Smart Cards can be used for that, too. There will still be fare checkers who will carry handheld validators that can tell if you “tapped” your card and issue citations if they find violators.